36pc of the public want to attend church services this Christmas 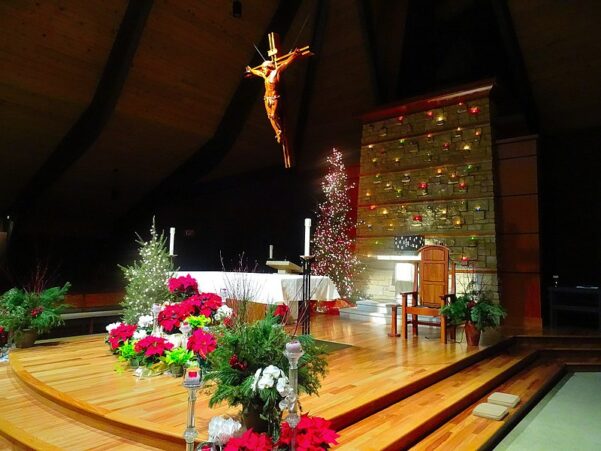 36pc of the public want to attend church services this Christmas

25 November, 2020  – A new Amarach Research poll commissioned by The Iona Institute shows that 36pc of adults plan to attend church services if they can over the Christmas period. The figure is 22pc among the 18-24 year olds and rises to 47pc among the over 55s.

A larger number, 54pc, say they want religious services to be allowed at Christmas, with only 27pc opposed and the rest saying they don’t know.

The poll of 1,000 adults, conducted earlier this month also found that:

·         26pc of Catholics were attending Mass regularly before the pandemic began

·         47pc of this group had returned to regular attendance before public worship was stopped again on October 7. This was a rise from the 36pc recorded in August indicating that people were becoming more confident that it was safe to attend religious services

·         26pc are tuning into religious services during the second lockdown. This is identical to the figure in the first lockdown

Commenting on the findings, David Quinn of The Iona Institute said: “Churches will be encouraged that so many people would like to attend Mass and other religious services over the Christmas period. As usual it is considerably higher than during the rest of the year, even if it will be much less than a normal Christmas because of the pandemic. Obviously churches will still have to have strict limits on the numbers who can attend at any one time, which is why Church leaders are talking about more Christmas services than usual”.

He continued: “They will also be encouraged that attendances had increased again in September compared with August. Churches were doing an excellent job keeping people safe and obviously this message had gotten out. They will further be encouraged by the fact that there appears to be no drop off in people tuning into religious services in this lockdown compared with the first one”.

He concluded: “However, the fact remains that the Churches, in common with other sectors of society, have been extremely badly hit by the pandemic and it is not clear how many will return once the pandemic is over. The poll we commissioned in August found that 23pc of those who were previously attending Mass regularly either don’t intend coming back (4pc) or don’t know (19pc).”

1.       The Iona Institute is a Christian advocacy and research organisation.

2.       The press release detailing findings of the poll in August can be found here: https://ionainstitute.ie/1-in-5-mass-goers-dont-know-if-they-will-return-after-covid-says-new-poll/