A Hidden Life is an unequalled portrait in courage 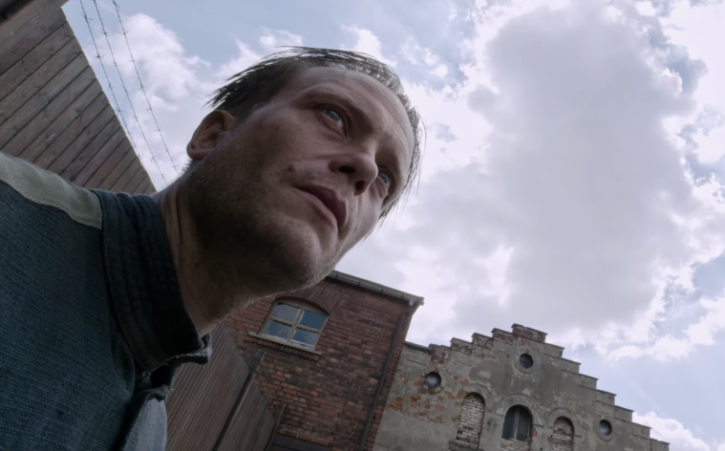 Lyrical, beautiful, profound, meditative. These are only some of the words that come to mind after watching ‘A Hidden Life‘, the new movie from Terrence Malick, which tells the tale of Franz Jägerstätter, an Austrian farmer who refused to swear an oath of loyalty to Hitler during World War II and suffered the consequences.

It is an unequalled portrait in courage and faith, beautifully acted, a study in how one man stood virtually alone against the crowd. It makes full use of its magnificent alpine location and despite its subject matter, it also offers a glimpse of what Heaven might be like in its idyllic opening scenes which show Jägerstätter’s life with his family in his Austrian village before the Nazi nightmare begins.

Jägerstätter was a practicing Catholic and his stance against Nazism was deeply inspired by his faith. But although ‘A Hidden Life’ is very definitely a Christian movie, Malick is careful not to be heavy-handed in how it depicts religion. Malick almost certainly knows that, with modern audiences, you have to be willing to ‘hide’ God in order to show God. In other words, less can be more.

That is not to say religion is invisible in the movie, far from it. Jägerstätter is seen praying, speaking about God to his wife and priest and bishop. We see the village church many times and religious symbols appear through the movie.

In one scene, when he goes to see his bishop to discuss his conscientious objection to taking the oath, he calls into the nearby cathedral and the church artist talks to him about depictions of Jesus in art and how he has always painted a comfortable Jesus, not one that challenges, and that one day he will show the real Jesus.

No-one ever tells Jägerstätter he must stand up to the Nazis and we never hear Jägerstätter’s full reasoning for his stance, but scenes like the one in the cathedral tell us how he arrived at his stance, because he learnt that following Jesus fully can involve huge sacrifice and suffering and that sometimes you have to take up your cross.

A Hidden Life is excellent at showing how most people either actively followed the Nazis after they came to power, or simply fell into silence. There were very few Franz Jägerstätters in either Austria or Germany during the war, just as few people anywhere have taken his path when faced with extreme evil and the possibility of death. It takes enormous heroism to do so. Even if they do not face death, the Jägerstätters of the world must still face the condemnation of the crowd when they stand against it.

With a three-hour running time, ‘A Hidden Life’ is able to explore many aspects of Jägerstätter’s stance, and its consequences, not least for his family.

It is a demanding film because of its subject matter, but it has many beautiful moments and ultimately it is inspiring and uplifting.

Its title comes from a George Eliot quote which reads:  “..for the growing good of the world is partly dependent on unhistoric acts; and that things are not so ill with you and me as they might have been, is half owing to the number who lived faithfully a hidden life, and rest in unvisited tombs.”

Franz Jägerstätter’s story only came to light in the 1970s and is drawn mostly from the letters he and his wife, Franziska, wrote to each other while he was in prison, and from her own testimony. She lived to the grand old age of 100, dying in 2013 and was present at the beatification ceremony for her husband in Vienna’s St Stephen’s Cathedral in 2007. How many wives in the history of the Church have lived to see their husbands honoured in such a way?

‘A Hidden Life’ opens in Irish cinemas from Friday. Don’t miss it.