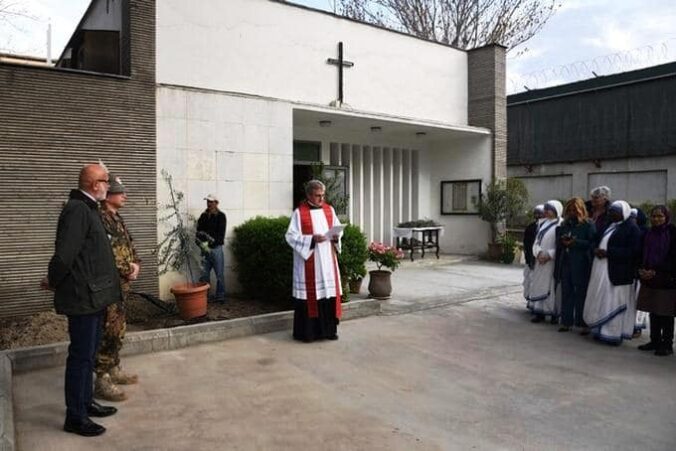 Now that the Taliban are back in power Afghanistan, Christians and other religious minorities can expect to be treated appallingly. But even before the Taliban marched into Kabul again, the country was already a very hostile place for Christians, which is one reason for the tiny number there.

Afghanistan has always been among the countries that most severely persecutes religious minorities, says Dr. Thomas Heine-Geldern, Executive President of Aid to the Church in Need (ACN), an organisation that assisted persecuted Christians all over the world.

ACN produces a biannual report on religious freedom worldwide. The last was produced in April of this year.

Commenting on the report, Dr Heine-Geldern says: “Especially in the last three years, the report highlights the repeated and egregious attacks against places of worship, religious leaders, and worshippers [in Afghanistan]. Our analysis, unfortunately, does not leave much room for hope. All those who do not espouse the extreme Islamist views of the Taliban are at risk, even moderate Sunni. The Shia (10%), the small Christian community, and all other religious minorities, already under threat, will suffer even greater oppression. This is a huge setback for all human rights and especially for religious freedom in the country.”

There is only one Catholic church in the whole of the country, and it is in the Italian Embassy. Italy was the first Western country to recognise the new Afghan state in 1919 and, as a sign of gratitude, it was given permission to build a small church. Only in 1931 did the first chaplain arrive and since then the Italian Barnabites (a religious order) take care of the small group of faithful, made up of mostly of non-nationals who worship in the church. Crucially, seeking converts was explicitly banned under Afghan law even before the return of the Taliban.

Even without legal restrictions, it would be extremely hard for any Afghan to convert to Christianity because of the enormous social pressure, and even violence, to which they could be subjected.

Up to last week, there were three Catholic religious congregations operating in Afghanistan. The Jesuits, ran a number of schools in four provinces since 2004. But they have now have suspended all activities and left the country.

Four Missionaries of Charity nuns – the order founded by Mother Theresa of Kolkata – who run an orphanage and help families in need. They left Afghanistan last week, together with disabled children.

A third Catholic organisation is PBK – Bambini pro Kabul (Children for Kabul), established by members of a number of religious congregations from Italy, helps children with learning disabilities. But the organisation’s future is uncertain.

Other Christian organisations are also present, doing humanitarian work or assisting the very few faithful, but these are leaving the country in fear of being targeted because of their religion.

Many converts have moved abroad over the years. There only a few thousand Christians estimated to be living in Afghanistan.

“They move from area to area. They want to leave the country but have no one to help them. I am looking for a humanitarian channel that can help them,” say Ali Eshani, a Christian who fled Afghanistan in the 1990s after he saw his parents killed and their home razed to the ground.

They can expected even more treatment now.