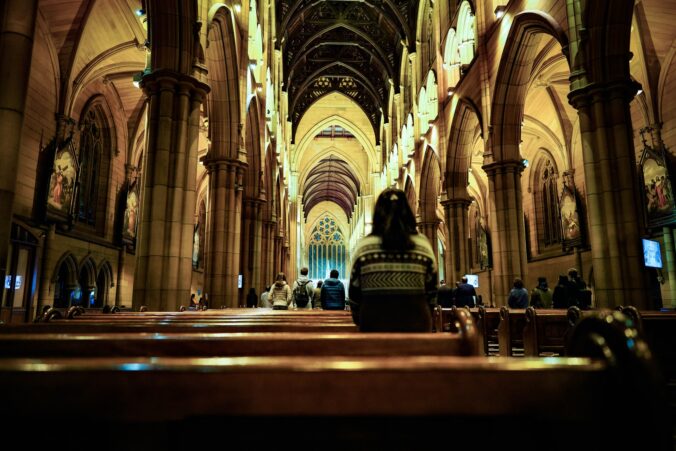 A new Amarach Research poll commissioned by The Iona Institute shows that 46pc of Catholics who were going to Mass on a regular basis before the pandemic began last year have returned to Mass since public worship was permitted again in May.

However, of those who have not yet come back, 62pc said they are still too frightened of Covid to do so, while a third said they find restrictions on numbers and the requirement to wear masks etc off-putting.

One in five of those who were coming to Mass regularly before the outbreak of Covid say they do not know if they will be back, and 4pc say they will not return.

Those who were and are attending Mass on a weekly basis were also asked if they thought First Holy Communion and Confirmation ceremonies should resume. 56pc said they should be allowed again, 30pc said they should not, and the rest had no opinion.

The poll, based on a nationally representative sample of 1,000 people, was conducted during the last week in July, before a number of bishops announced they were allowing Communion and Confirmation ceremonies again.

Polling commissioned by The Iona Institute last August, found that 36pc of Catholics who were going to Mass each week before the pandemic, had returned by then, and another poll showed this had risen to 47pc by October of last year, when the second lockdown started.

The poll last summer also found that fear of Covid was the chief reason why many had not come back.

Commenting on the findings, David Quinn of The Iona Institute said: “Church leaders will be encouraged that almost half of Catholics who were attending Mass regularly before the start of the pandemic have returned. In many cases, this is about the maximum a given church can accommodate because of social distancing requirements.”

He continued: “What is noteworthy, however, is among those who have not returned, fear of Covid is still the main driving force even though almost every Mass-goer will be fully vaccinated by now, whereas last year, no-one was vaccinated. Clearly some work needs to be done both by the Churches and public health authorities to reduce the fear factor to a more reasonable level”.

Quinn concluded: “Church leaders will also be concerned that around a quarter of those who were coming to Mass regularly before the pandemic either won’t be back, or don’t know if they will. Is this because they have fallen out of the habit, or they have become permanently nervous of crowds? One way or the other, there will have to be an outreach to this group.”