Archie Battersbee case was not black or white 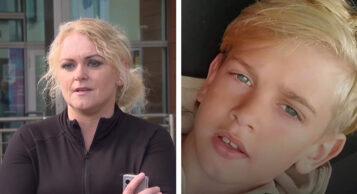 The recent case of Archie Battersbee, who had his life support machine turned off after a long legal battle and against the wishes of his parents, raises questions on whether and when it is morally permissible to do this, and who should decide.

The 12-year-old boy suffered brain injury while at home in London, in April, and he was soon declared “brain-dead”. The family contested this diagnosis but after six hearings in different UK courts, a decision of the European Court of Human Rights and even the intervention of a UN Committee, last week the judges ordered the ventilation to be withdrawn.

The main difficulty in Archie’s case was to establish whether he was already dead. The very concept of “brain stem death”, which is not defined in the UK common law or statutes, was disputed in court. (The Christian Legal Centre, which helped Archie’s family, explain well the technical difficulties of such definition here)

There are cases when it is morally permissible, in certain circumstances, to switch a person’s life-support machine off. Each case should be addressed in its individual merits but there are some general ethical principles to take into consideration.

The first principle is that death should be never intentionally procured. It is always wrong to kill patients or facilitate their suicide, and this is the reason why euthanasia and assisted suicide are always morally wrong.

On the other side, it is morally permitted, and sometimes even required, to withdraw or withhold a treatment when it is futile or harmful, even if the unintended consequence is the acceleration of the death of the patient. A treatment should always be proportionate and foremost in the interest of the patient.

In other words, there is no moral duty to artificially prolong the life of a terminal patient whose cerebral functions are irreversibly lost.

The final decision should involve the medical professionals, the family, and also the patients if they are in the condition to express their opinion or have given instructions in advance.

Even when death is inevitable, the interest of others involved, particularly parents and siblings, has to be taken into consideration as they also need time to come to terms with their tragic loss.

In the case of Archie Battersbee, the judges acknowledged that he was not in pain and he had previously expressed a wish to be kept on life support if found in such circumstances, but they still deemed that this was not in his best interest. This ruling led to a harsh dispute between the courts and his family, which wished for their child what they considered a more dignified death, “in God’s time, in God’s way”.

Archie’s case is the latest in a long list of similar situations where health authorities have come into conflict with the wishes of a child’s parents, and the courts have ruled against the parents.

The Anscombe Bioethics Centre denounced “a systematic lack of respect in English law for the role and responsibilities of parents in such cases”.

The Anscombe Bioethics Centre has called for changes in the law and a government review to avoid further conflicts between the parents and hospital authorities.