Atheists can’t have their moral cake and eat it too 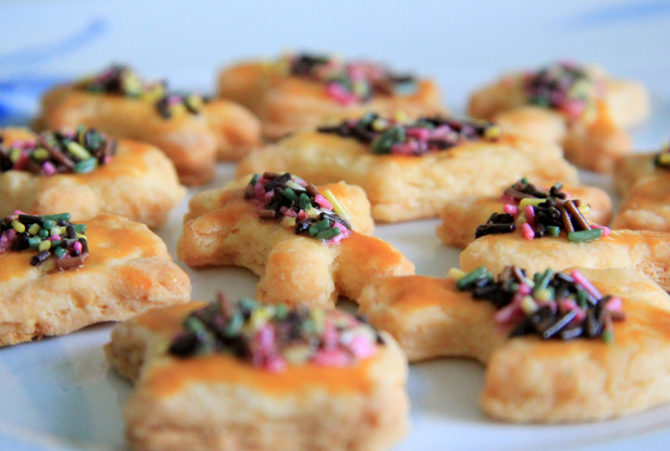 Atheists and theists typically debate the existence of God, but it is almost as relevant and pertinent to debate the nature of morality and that is what Atheist Ireland’s Michael Nugent and I have been doing lately in a number of blog posts.

Michael began by writing a piece about the gender ideology debate. I picked up on a sentence in that, namely: “I believe we should treat every individual person with the same respect and dignity and love.”

I challenged Michael to justify this. I wanted to know how an atheist can back up such a statement. Why should we treat each other with “respect and dignity and love”?

A theist has an easy answer: we are all made in the image and likeness of God and therefore we are all morally equal and should be treated accordingly.

Atheists obviously do not believe that we are made by God, so why do they think we should  treat each other with respect? The atheist answer to the challenge, I argued, all boils down to some version of utilitarianism, that is to say, we should treat each other equally because we want to be treated equally in return. In other words, treating each other well serves a useful purpose.

But this is very far from saying we ought to treat each other well no matter what, even if it doesn’t serve a useful purpose. In fact, we may easily judge that treating another person badly will also serve our purposes, and people do this all the time and have done so right through history.

If a moral action is to be judged purely by its usefulness, how do we decide one action is ‘bad’, and the other ‘good’, if both achieve an end that is useful to us?

Michael in his response to me doesn’t really get beyond utilitarianism no matter how hard he tries and a lot of the time he simply makes assertions without backing them up.

For example, at one point he states: “By respect I mean having due regard for a person’s rights, by dignity I mean the quality of being worthy of respect, and by love I mean a sense of strong affection.”

That’s all very well, but it doesn’t explain why we are morally obliged to treat other human beings with love, dignity and respect. We might do it because we want to, because we feel like it, because it might serve a useful purpose. But why are we morally obliged to do so? Where does the obligation come from? Certainly not from nature.

But he doesn’t explain why it is “objectively wrong” to “unjustly” harm a sentient being.

Then he goes on to explain how morality evolved in the human mind. It might have been better to use the term ‘moral sense’ instead. Basically, Michael argues that ‘morality’ evolved out of a sense of empathy and the need to cooperate. Out of this comes a sense of fairness and justice.

However, he still doesn’t provide a non-utilitarian reason why we should treat each other fairly. And as I argued in my previous blog, intense competitiveness and the drive to dominate are also legacies of our evolutionary development. For an atheist, why is cooperation morally better than competition when both serve useful ends in different contexts?

Michael goes on to discuss John Rawls and his theory of justice. This doesn’t really advance the argument though, because Rawls’s theory is really another sophisticated version of utilitarianism.

So, I still don’t see in what way Michael has explained how an atheist justifies the belief that we are morally obliged to treat each other with dignity and respect and that we are all of intrinsically equal moral worth.

In fact, just this week, the leading atheist, Richard Dawkins was interviewed in The Irish Times and this very issue came up.

The article says: “Christianity has a ready-made answer for why human life is valuable. How does an atheist explain it?”

Dawkins responds: “You are as valuable as you think you are. Science can’t answer a question like, ‘Is human life valuable?’ That’s a value judgement and that value judgment remains whether you’re religious or not.”

In other words, we are not intrinsically valuable.

In an article for the BBC last week, philosopher and atheist, John Gray, discusses the difficulty atheists have in justifying the idea that we have inherent human rights.

As he says: “Nowadays many believers in rights are indifferent or hostile to religion. The fact remains that human rights originated in monotheism – the belief that there’s only one God, who creates a single moral law for all human beings. And there’s a sense in which human rights still depend on some sort of religious commitment. For unless these rights are grounded in something beyond the human world, they can only be a human invention.”

Addressing the issue of utilitarianism, he states: “Rights are like money and the law – they only exist if enough people accept that they exist. But what if large sections of the population, or those that are the most ruthless in imposing their values, don’t accept them? What if many people don’t want human rights?”

Gray, like Nietzsche, is particularly consistent in following the logic of atheism to its bitter end. More atheists need to realise they can’t have their cake and eat it too. That is to say, they can’t dispense with God and then hang on to the belief that we are all inherently morally equal and should be treated accordingly.

Finally, Michael challenges me with some of the undoubtedly challenging and hard-to-explain passages from the Bible, especially the Old Testament. But even if we dismiss the Bible in its entirety, an atheist is still left having to explain why we possess intrinsic moral worth. It remains a question a theist can easily answer whatever we do with the Bible.