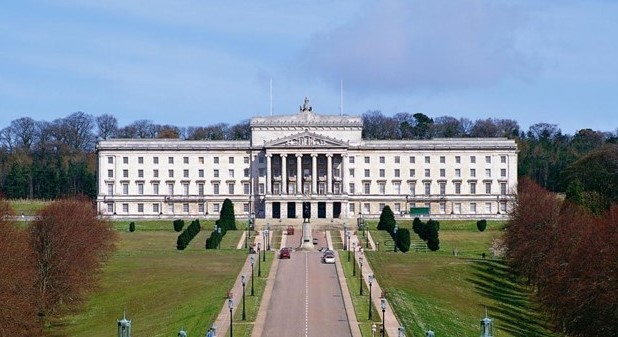 The UK Government is moving to impose abortion in Northern Ireland, bypassing the local Assembly and Executive. In the meanwhile, a Bill to ban abortion in cases of non-fatal disability is progressing in Stormont.

The UK Conservative Government has recently introduced regulations to Parliament to give Northern Ireland Secretary, Brandon Lewis, power to force the local Northern Ireland authorities to set up an extremely permissive abortion regime.

In 2016, a clear majority of the Northern Ireland Assembly upheld the law on abortion. In July 2019, the House of Commons voted to introduce abortion in Northern Ireland. The justification for this imposition was the absence of a functioning Executive in Northern Ireland and these new regulations theoretically came into force in March 2020, although not in practice because of local opposition.

Under the new regime now about to be imposed, abortions are available up to the point of birth for all disabilities, and practically on demand up to 24 weeks, if the pregnancy would involve greater risk than abortion for the physical and mental health of the mother. Abortion will also be completely decriminalised, unlike in the rest of the UK, or in the South.

The UK Government has now given Northern Ireland Secretary, Brandon Lewis power to compel the North’s Health Service to rollout the regime over the heads of the Executive or of the Assembly.

Alban Maginness, a former senior SDLP member of the Local Assembly, commented: ”By doing so, Lewis is prioritising the provision of abortion above other health services, such as outstanding cancer treatments, postponed because of the need to deal with the pandemic. Worse still he is making a mockery of the devolution settlement. … the provision of abortion is a cross-cutting, controversial issue that requires the agreement of our devolved Executive. As on other issues, the Executive has not reached agreement on this contentious matter.”

All the major Christian churches have also voiced their opposition to the Government’s decision.

In a statement on Friday last week, The Presbyterian Church in Ireland expressed ‘grave concern’, said the move would represent a serious undermining of devolved rule and called for the powers to be withdrawn.

“The regulations laid before Parliament today drive a coach and horses through Northern Ireland’s hard won and finely balanced devolved constitutional settlement. These powers not only devalue Northern Ireland’s purposely unique system of negotiated government, they also give the Secretary of State the freedom to interfere directly, and at will, with every single department of devolved government”, said the Moderator of the Presbyterian Church in Ireland, Dr David Bruce.

The Methodist Church in Ireland voiced its concern, saying the move would ‘usurp’ the role of the Northern Ireland Executive.

The Church of Ireland Archbishop of Armagh, The Most Revd John McDowell, said the proposal would heighten the sense of a democratic deficit.

The Northern Catholic Bishops said the move is an effort to bypass internationally agreed devolved structures, to foist a law on an unwilling populace, that blatantly undermines the right to life of unborn children.

Meanwhile, a Bill to prohibit abortion in cases of non-fatal disability passed a vote of the Assembly last week and it has now gone to the Health committee for further discussion.

This progress has been welcomed by pro-life groups.

Tracey Harkin of our sister organisation in the North said the current controversy has been a wake-up call about the radical nature of the abortion measures.

Commenting on the move to ban abortion in cases of disability, she said: “It’s good that it received majority support because it’s not the type of culture the people want in Northern Ireland.”

Ms Harkin is hopeful that the move will be the first step on the road to removing the abortion law in its entirety.

“We would like obviously to extend protection to as many people as possible,” she said. “We think it’s important to support any row-back on abortion legislation, but you have to bring people along with you and make our politicians realise how important this issue is.”

Among political parties, the strongest support for the Severe Fetal Impairment Bill came from the DUP.

DUP MLA Paul Givan said he wants to change the abortion regulations to show people with disabilities are “equally valued”.

Sinead Bradley of the SDLP supported the proposal and said the issue is one of discrimination against those with disabilities.

Sinn Fein opposed the Severe Fetal Impairment Bill, but abstained from voting on it.