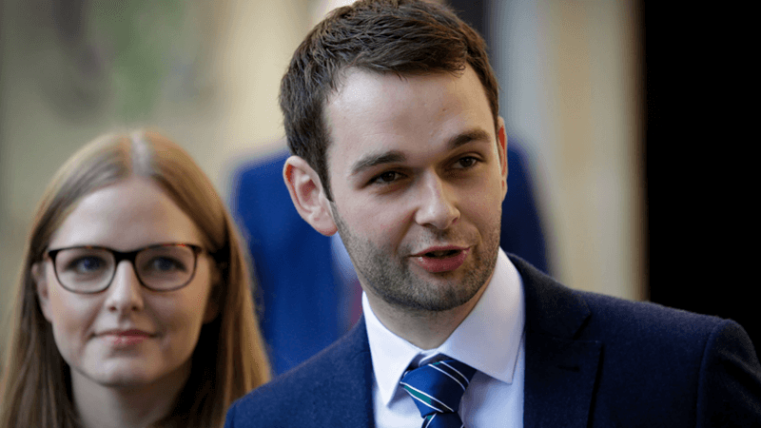 After a long and costly battle, Ashers Bakery from Belfast, which is owned and operated by a Christian couple, has been vindicated. Ashers had refused to bake a cake that was to be iced with the words “Support Gay Marriage.” The ruling is a very important one for freedom of conscience.

The case refers to Mr Gareth Lee, an activist from a group called Queerspace, who in 2014 placed an order for a cake to be iced with a cartoon design and above wording. The McArthurs, the Christian family that runs Ashers, decided that they could not in conscience produce a cake with that slogan and so should not fulfil the order. The fact that Mr Lee was gay was not known to the McArthurs, who served him in the past. They objected to this request, but they had no problem with offering him other services.

Mr Lee complained to the Equality Commission for Northern Ireland (ECNI) about the cancellation of his order and the ECNI supported him in bringing this claim for direct and indirect discrimination on grounds of sexual orientation, religious belief or political opinion.

In 2015, the Presiding District Judge held that refusing to complete the order was direct discrimination on all three grounds and awarded Mr Lee damages. The Court of Appeal confirmed this rule, and so the Ashers appealed to the Supreme Court in a bid to overturn the judgement.

The Supreme Court had to decide whether it is discrimination for a bakery to refuse to supply a cake with the message “Support Gay Marriage”, because of their belief that gay “marriage” is inconsistent with their faith.

The Court ruled that the Ashers objected to the message, not the messenger. Mr Lee was treated less favourably than other would-be customers not because of his sexual orientation, as he claimed, but because of the message he wanted to be iced on the cake. In fact, a person with a similar request and a different orientation would have been treated in the same way and this is not discrimination, according to the Supreme judges.

“There was no less favourable treatment on this ground because anyone else would have been treated in the same way. The objection was not to Mr Lee because he, or anyone with whom he associated, held a political opinion supporting gay marriage. The objection was to being required to promote the message on the cake. The less favourable treatment was afforded to the message not to the man. …  The evidence was that they were quite prepared to serve him in other ways. The situation is not comparable to people being refused jobs, accommodation or business simply because of their religious faith. It is more akin to a Christian printing business being required to print leaflets promoting an atheist message. “, Lady Hale, president of the Supreme Court, wrote.

It is significant that the other four judges agreed with Lady Hale. It was a unanimous verdict that vindicated the long battle of the baking company and the family behind it.

“The judges have given a clear signal today. In fact, it couldn’t be any clearer. Family businesses like ours are free to focus on giving all their customers the best service they can – without being forced to promote other people’s campaigns”, Daniel McArthur, Asher’s General Manager, said. “I know a lot of people will be glad to hear this ruling today, because this ruling protects freedom of speech and freedom of conscience for everyone.”

Oppressive liberalism does not tolerate dissenting opinions. In many countries, activists have targeted florists, photographers, restaurants or bakeries that do not provide services for same-sex marriages, with the purpose of ruining their business. Here in Ireland we see that pro-life doctors will be required by law to refer women seeking abortions to pro-choice doctors.

As Lady Hale indicated, the bakery could as easily have been asked to bake a cake with a slogan denying the existence of God and would have been just as entitled to refuse to do that.

The Supreme Court has now said that declining to do something that promotes a viewpoint you do not support, is not a form of discrimination. This is a victory not only for free speech but also for freedom of conscience. People in business cannot be obliged to support with their work political views they don’t agree with.

This case also raises questions about state bodies, such as the Northern Ireland Equality Commission, that, rather than promoting freedom in all its forms, including religious freedom, often work more like ideological advocacy groups. This was an expensive and divisive case that could have been solved with common sense. The Ashers decided to fight for their own rights but this case will have wider implications and, hopefully, will inspire others not to submit to the pressure of society but to live according to conscience.

(The Christian Institute has played a significant role in this case.  You can find more details about it on their website: http://www.christian.org.uk/wp-content/downloads/ashers-factsheet-oct2018.pdf )