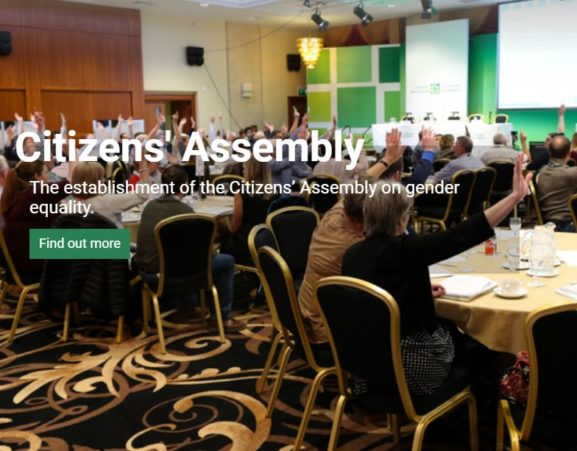 The Citizens’ Assembly on gender equality met again last weekend. Regrettably, the sessions on “The family in the constitution and law”, amounted to a prolonged attack on the special status of marriage in the Constitution.

Prof. Siobhan Mullaly from NUI Galway explained how the special status of marriage appears to impinge on the rights of other families without ever trying to show why it ever had special protection the first place.

A lot of what was said had nothing to do with gender equality per se. The common theme among the speakers was the request to extend to other relationships the constitutional protection currently reserved to marriage only.

Obviously, unmarried parents have a natural right to raise their children, but it is not necessary to weaken even more the institution of marriage to provide unmarried parents with legal arrangements that address their legitimate concerns.

In 2009, the Iona Institute produced a document that addressed possible changes in family law. With regard to unmarried fathers, we wrote that their rights should be strengthened, but not automatically made the same as married fathers for the following reasons:

“… unlike a married man, an unmarried father has not formally demonstrated a commitment either to his partner or to his child. Upon being married both men and women take on both rights and responsibilities. The very act of marrying indicates, and it is taken to indicate, that they understand this. The commitment of an unmarried father to his child is much more uncertain than this. This being so it would seem unwise to grant a father automatic guardianship rights. It would also undermine marriage in that the rights of married fathers could be obtained without being married. For this reason a father should have to apply for guardianship because this would demonstrate a wish on his part to play some role in the life of his child and to accept some of the responsibilities. But to repeat, there should be a presumption in his favour.”

Historically, and in every major society, marriage has evolved as a way of ensuring as many children as possible are raised by their own biological parents. We might have decided in Ireland that this is no longer a proper aim of society, but now we are moving towards the belief that marriage itself, in whatever form, has no special importance. Why is this even a consideration for a meeting on gender equality?