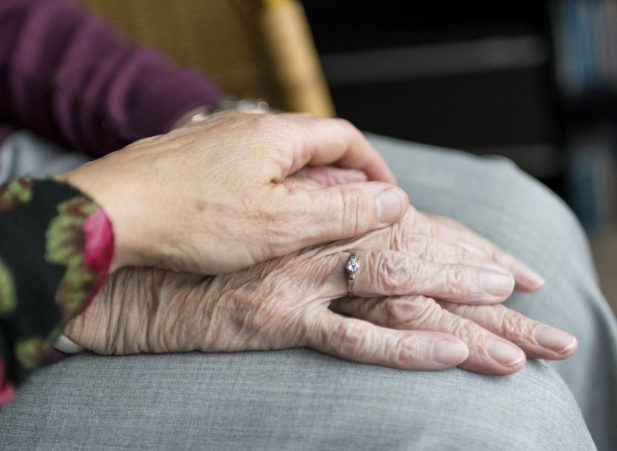 The current Covid-19 pandemic has become an extraordinary opportunity for the dissemination of the culture of death. This is happening on a world-wide scale.

In the United States, which were incomprehensibly caught “by surprise” by the arrival of the virus, many states have already announced that the cures for the Coronavirus will not be accessible to all, and those who will suffer most will be the disabled.

In Tennessee, those affected by spinal muscular atrophy will be excluded, while in Minnesota the range of people who won’t have a right to a respirator includes those with lung diseases, congestive heart failure and liver cirrhosis.

In other states such as New York, Michigan, Washington, Alabama, Utah, Colorado and Oregon, doctors have to evaluate the level of physical and intellectual ability before acting to save a life.

What is the reason for these decisions? There is not sufficient means and equipment for everyone. One wonders how the United States, after having seen this epidemic spreading since the beginning of January, did not adequately equip themselves by increasing the production of respirators and other useful technical instruments, and also by preparing their hospitals so that no citizen would lack assistance.

If, on the one hand, it seems that almost every country in the world, with a few exceptions, has not prepared a valid National Pandemic Plan as suggested by the World Health Organisation since 2009, on the other hand they were ready with eugenic measures to be used with the most fragile people, who will be the main victims of this pandemic.

Those victims are not inevitable because not only elderly people over 80 are among those who seems won’t have a right to be assisted, but also much younger lives who nonetheless can be “sacrificed”.

The guidelines produced in Alabama are the most worrying. Under the title “Scarce Resource Management”, the document says that “persons with severe mental retardation, advanced dementia or severe traumatic brain injury may be poor candidates for ventilator support.”

This is an elegant way to say that therapeutic abandonment – and then death – may occur for mental disabilities, and this is a classification that could include a large number of people, from persons with Down Syndrome to those who have mental retardation. It is a euthanasic criterion that reminds us of the Nazi projects to eliminate “inferior beings”.

The culture of death is trying to take advantage of the many opportunities offered by the Covid-19 epidemic in Europe as well. In the Netherlands, in order to avoid the overcrowding that we have seen in Italy and other countries, the health authorities have given dispositions to General Practitioners to contact their elderly patients and invite them to express their will with regard to intensive care. They have to choose between being assisted with respirators or, after having considered that they have had a sufficiently long life and resources are scarce, they could “spontaneously” renounce to be treated and let themselves been escorted to a “gentle death”.

There is then the case of Italy, which has not openly declared its eugenic intentions but where the testimonies coming from hospitals tell us of a practice employed since the first days of the epidemic: not everyone will be cured but only those below 75. Hospitals, particularly in the North, have reached in a few days the limit of their capacity, because of the high number of cases and of the scarcity of beds in Intensive Therapy Units.

So, it has been suggested that those deaths – probably inevitable – were necessary for the “common good”. Strong doses of nationalism and of presumed civic sense have made this idea more acceptable.

This is euthanasia which is “socially” conditioned and motivated, so that it would be wrong to demand a respirator when it could be useful for someone who has more years ahead. But this is not just about respirators but also about other treatments which are now substituted with a “compassionate” accompaniment to death.

Therapeutic abandonment, from being an immoral act, becomes a “generous” gesture, almost a duty. This is a reality that has to be highlighted.

An earlier version of this article has appeared here.