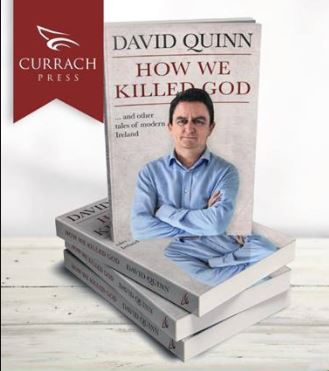 Iona Institute Director, David Quinn, has been on a number of programmes lately discussing his new book ‘How we killed God (and other tales of modern Ireland’) which looks back at almost 25 years of tumultuous social and religious change in Ireland.

A central theme of his book is that ‘Official Ireland’ has set out to ‘kill’ the idea of God by marginalising religion from public life.

David discussed this thesis under tough questioning from Matt Cooper on The Last Word. The item is here.

He discussed the same point on Radio Kerry and that interview is here.

On The Pat Kenny Show he discussed what led him to become a religious and social affairs commentator. It is here.

The most broad-ranging interview was on The Gerry Kelly Show on LM/FM. David talked about the role of religion, the rise of ‘autonomy’ as an overarching value, the right to life, and marriage and the family. It can be found here.