Denominational schools under the spotlight at UN committee 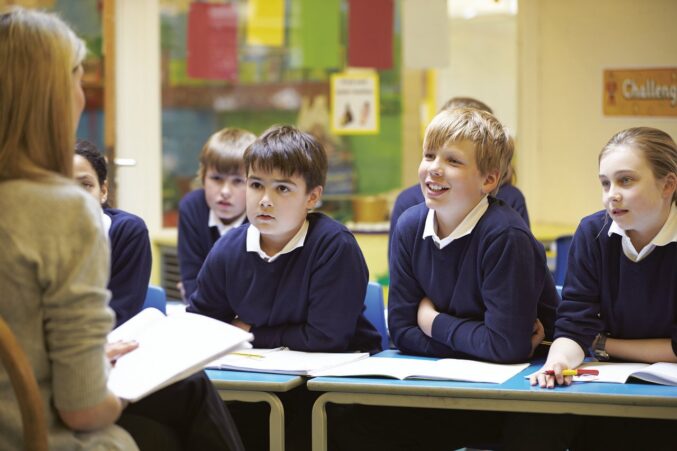 On Wednesday, Ireland’s human rights record will once again be under the scrutiny of a United Nations committee. As discussed in a previous blog, more pressure will be heaped on us to make our abortion law even more permissive. But our education system will come under scrutiny, with objections being raised to our mainly denominational schools.

The Humanist Association of Ireland (HAI) complains to the Human Rights Council – the body Ireland will be appearing before as part of our ‘periodic review’ of how well we are implementing certain human right commitments- that there are no fully secular schools in Ireland, as even Educate Together are multi-denominational, they say, even though they are really non-denominational.

The HAI complain that the State funds schools that “inculcate particular religious beliefs”, and that this “serves to perpetuate segregation and division.”

They ask Ireland to accelerate the divestment of State-funded schools from religious patronage, and to create schools which “would not permit faith formation of any kind during the school day”.

A similar view can be found in the submission presented by Atheist Ireland, together with the Evangelical Alliance and the Ahmadiyya Muslim Community.

This atypical coalition of atheists and believers, for instance, recognises that Catholic schools at primary level cannot give enrolment preference to children of Catholic families, while Church of Ireland and other minority faith schools are still allowed to favour members of their communities. But Atheist Ireland and its allies want this privilege to be removed.

In practice, they want to deny minority groups the right to achieve their primary function. What is the point of a Jewish school if it cannot serve its own Jewish community first? Likewise for a Presbyterian or Church of Ireland school, not to mention a Catholic one.

Atheist Ireland and its allies lament that 90pc of primary schools in Ireland are Catholic. Because of this, they say, it is nearly impossible for atheists, Muslims, Evangelicals or other minority faiths, to be teachers in most schools if they don’t study a basic course that would include catechesis and Catholic religious education. But what is the alternative?

The Iona Institute has some sympathy for these views. There is not enough school choice in Ireland, and we have been arguing for more divestment ever since we launched in 2007.

At the same time, we strongly believe in public funding of denominational schools, provided enough parents want this, in addition to whatever other types of schools there is sufficient public demand for.

We would also point out that parents are the primary educators of their children and within very broad limits schools should follow the wishes of parents. This is recognised in the UN Universal Declaration of Human Rights which says clearly: “Parents have a prior right to choose the kind of education that shall be given to their children.”

It also says, “Education shall be free, at least in the elementary and fundamental stages”. This means public funding, but public funding of the sort of schools parents want.

Therefore, if the UN Human Rights Council is true to the UN’s most important human rights document, it can only find that there isn’t enough school choice in Ireland. If it declares against denominational schools in general, it will be going against what the UN itself believes about this matter.