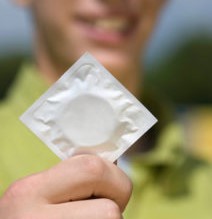 It might seem a silly question to ask those who constantly call for scientific, objective, evidence-based, school-based sex education programmes, but where is the “evidence” that such programmes actually work? By ‘work’ we mean do they reduce the rate of teenage pregnancy and STIs?

A further study published in 2017 conducted by the Institute for Research and Evaluation, a nonprofit research organisation based in the USA, found no evidence of sustained reductions in teen pregnancy or STIs from comprehensive sex education programmes. While they found a few initial findings of increased levels of abstinence and condom use, “evidence from multiple replication studies did not confirm most of the original positive results”. Even worse, some programmes even produced negative outcomes such as increased rates of teenage sex or teenage pregnancy. Hence the study concluded: “The research evidence indicates that CSE has essentially been ineffective in . . . classrooms and has produced a concerning number of negative outcomes.”

This research is also not an ‘outlier’ as similarly surprising results have showed up in the UK. Writing in the Conservative Woman Blog, Professor David Paton, who holds the Chair of Industrial Economics at Nottingham University Business School, said that a recent review of evidence of UK-based programmes similarly found that Sexuality and Relationships Education “had minimal effect on reported behaviour” and no impact on conceptions or terminations. Indeed, he himself published research last year in the Journal of Health Economics showing that local authorities which implemented the biggest cuts to teenage pregnancy projects, such as new Sex and Relationship Education (SRE) programmes or birth control clinics for teens, actually saw bigger reductions in pregnancy rates than areas which have kept these projects going.

Hence, the next time someone says we need “evidence-based” sex-ed programmes, ask them what is the “evidence”, what exactly does the evidence show, and what are their measures of success?

This is not to say that schools should not have relationships and sex education programmes, but we need to know exactly what they aim at and what success looks like.