Getting it wrong about science and religion yet again 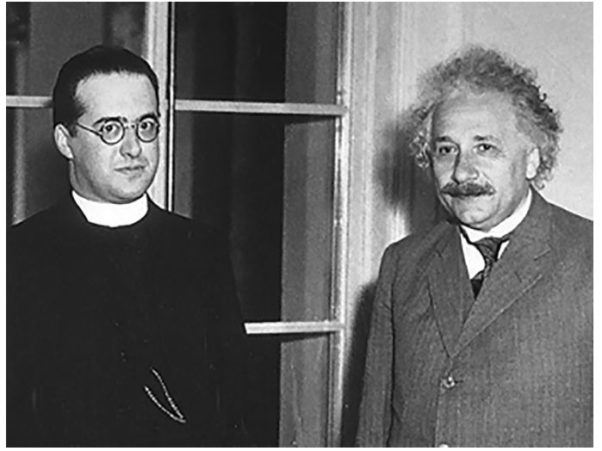 At one point in his article, McConnell writes: “Science has made it difficult for many people to believe in dogmatic religion. I lost my faith because I was introduced at school to the theories of the atom and evolution – science made sense of the material world but religion quite the opposite.”

Really? Well, religion is a very wide topic, so let’s narrow our focus to Catholicism. O’Rahilly published a pamphlet in 1944, that is, 75 years ago, called simply ‘Religion and Science’. Professor McConnell ought to dig it up and read it. Maybe it’s in the library at Trinity.

O’Rahilly deals directly with accusations about the Church’s treatment of Galileo and whether this really amounted to a conflict between Galileo’s discoveries and an actual dogmatic teaching of the Church. His conclusion; it did not.

But one sentence from his booklet stood out in particular for me. Professor O’Rahilly throws down the challenge:  “Name a doctrine of the Church, a teaching of Faith, at variance with scientifically ascertained facts”.

Let’s be clear what he means here. He is not referring to miracles like the Resurrection. A miracle by definition goes against the laws of nature. God, if He exists, is perfectly free to intervene in nature as He sees fit. Science has no way of establishing whether or not Jesus rose physically from the dead. It cannot even establish whether the universe was created or whether it somehow appeared out of nothing. This is a religious and philosophical question.

Anyway, back to O’Rahilly’s challenge. What he wanted critics of the Church to point to is a doctrine that “is clearly at variance with scientifically ascertained facts”, for example, that the earth is flat, or is at the centre of the universe, or that the earth is young or that evolution never happened.

Individual Catholics, theologians, even popes have believed some of these things (just as many scientists did back in the day), but none of them were ever doctrines that were or are central tenets of the faith which Catholics are obliged to believe. None.

So, Professor O’Rahilly’s challenge remains unanswered and cannot be answered, including by Professor McConnell.

Finally, O’Rahilly, a professor of mathematical physics, was obviously introduced to “theories of the atom and evolution” just as Professor McConnell was, but he saw no contradiction between these theories and his religious beliefs.