Hate crimes against Christians on the rise in Europe 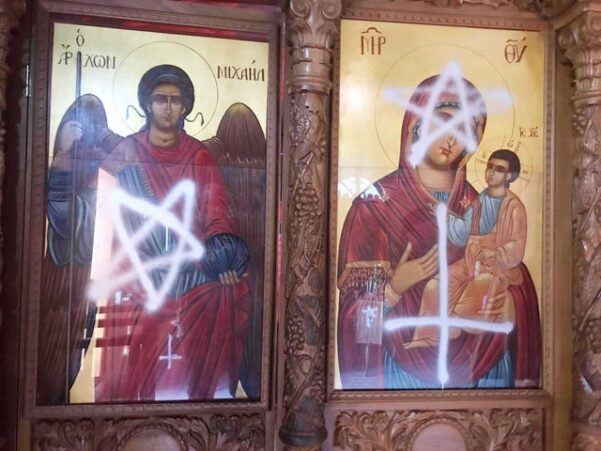 Hate crimes against Christians have risen dramatically in recent years, according to a newly published report from the Organization for Security and Cooperation in Europe (OCSE). These include violent attacks on individual Christians, on churches and on holy objects.

To mark “International Day for Tolerance”, last Tuesday the OCSE presented its annual report on hate crimes in Europe. (By ‘hate crime’ is meant a criminal offence motivated by bias against a particular group.)

The recent 2020 report documented 7,181 hate incidents. Christians were the victims of more than 980 of those violent and threatening incidents. This represent a significant increase compared to the previous year, when 595 cases against Christians were reported.

The highest number of reported cases (250) happened in Poland. Churches and groups of faithful have been attacked for their pro-life views, particularly after the government and the Polish Constitutional Court took put restrictions to the current abortion laws.

In France, according to official police numbers, almost 25pc of all hate crimes are against Christians. In the last few years, there have been a growing number of arsons against churches. In October 2020, three people were fatally stabbed in the Basilica of Notre Dame of Nice.

In Spain, four churches and a monastery were vandalised on International Women’s Day by feminist activists. Masses were also interrupted on the same day.

The OCSE list is not comprehensive as only 11 States reported on hate crimes against Christians, so their possible number is much higher, aside from unreported incidents.

“Medially and politically, hatred of Christians is hardly noticed as an increasingly obvious social problem. The OSCE report reflects only part of this trend, which we have been documenting for years, and yet it is a loud wake-up call against indifference and fashionable Christian-bashing,” said Madeleine Enzlberger, head of “Observatory of Intolerance and Discrimination against Christians”.

Attacks on Christians is a world-wide phenomenon. Eighty percent of all acts of religious persecution are committed against Christians, according to Aid to the Church in Need, an organisation assisting Christian communities that face hostility and discrimination.

From today until November 26th, Aid to the Church in Need in Ireland and elsewhere will celebrate the “Week of Witness for suffering and persecuted Christians”. This initiative will involve talks and exhibition to highlight the persecution of Christian believers. On Wednesday, prayer vigils will be held around Ireland in spiritual union with those who suffer because of their faith in Christ.