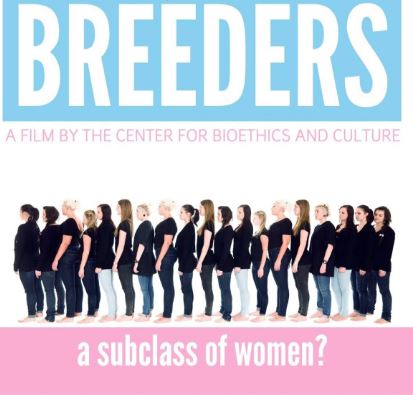 Sleepwalking to disaster if recommendations on fertility industry are followed

July 22, 2019  – A new report from the Joint Oireachtas Health Committee on the Assisted Human Reproduction (AHR) industry would further advance the commodification of eggs, sperm, wombs, embryos and even children after they are born if its recommendations were carried out in full. No civilised country should follow these steps.

One of the worst recommendations envisages women being commissioned by a couple or individual to conceive their own biological children and then hand over those babies at the end of nine months by way of legal agreement. If a couple or individual avails of such a transaction overseas, this might involve a fee, a practice that reduces children to items for purchase.

Many European countries ban surrogacy outright and more and more countries in the developing world are banning foreigners from accessing surrogacy.

The report scrutinises the General Scheme of the Assisted Human Reproduction Bill.

The Health Committee wants consideration given to what is sometimes called ‘genetic’ or ‘traditional’ surrogacy whereby a woman agrees to carry her own genetic baby and then hand it over to someone else either for a fee or ‘reasonable expenses’. Almost every country Europe bans this practice because it is so close to ‘baby-buying’.

The usual kind of surrogacy is ‘gestational surrogacy’, whereby a woman agrees to be implanted with the fertilised egg of another woman. She is not the genetic mother of this baby, even though she is the birth, or gestational mother.

The General Scheme of the Assisted Human Reproduction Bill proposes to prohibit genetic surrogacy, but the Health Committee believes this approach is “too restrictive” and “excludes many people from accessing surrogacy arrangements”. (See report recommendation 3.3).

The Committee also wishes to make it easier for couples to become the legal parents of the child they have obtained via surrogacy arrangements abroad. The Committee does not suggest that Irish people be prohibited from availing of overseas commercial surrogacy services. (See report recommendation 3.4)

In cases of commercial surrogacy, the surrogate mother receives a fee in return. The committee also wishes to facilitate this practice through easier access to legal parentage after international surrogacy. The countries and US states which accept commercial surrogacy have seen it grow into a lucrative, profit-making industry, with many recorded abuses.

The Committee also proposes that the legislation consider pre-conception contracts, which would enable for commissioning parents to be presumed as the child’s parents from the moment of birth. This reduces further the rights of the woman being commissioned to carry the child. (See report section 3.6.3).

Commenting on the Committee recommendations, Breda O’Brien said: “The Committee says the Government should consider so-called ‘traditional surrogacy’, and it also wishes to make it easier for Irish people to access legal parentage after international surrogacy, which is frequently commercial in character. There are many problematic aspects to the General Scheme of the Assisted Human Reproduction Bill as it stands, not least the assumption that natural ties should not matter to children conceived this way or to surrogate mothers. But the Committee would go even further. It would permit a woman to hand over a baby that is fully hers, biologically speaking, in return for a fee in some cases, such as in international surrogacy. There is a complete lack of debate and the dominant narrative rarely takes into account the experience of donor-conceived children who object to the practice and who are best-placed to understand the pitfalls. We are sleepwalking to disaster due to the lack of public debate.  No civilised country should consider permitting these proposals.”