Here’s a little science: religious practice is good for you 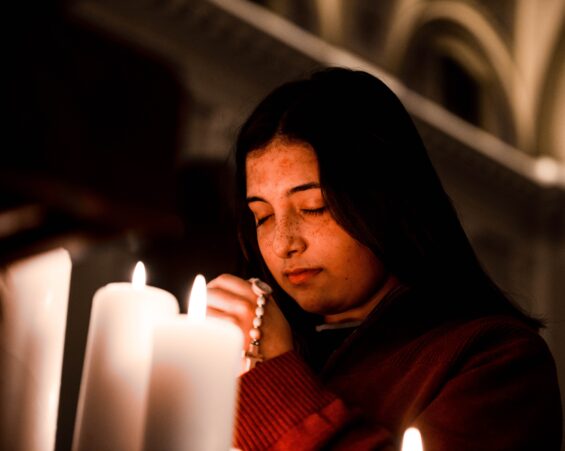 One of the star academics of the present time is Professor Laurie Santos who lectures on the science of happiness at Yale University. Santos investigates what kind of things result in greater happiness, and religious practice is on the list.

For example, in an interview this week in the New York Times, she says: “There’s a lot of evidence that religious people are happier in a sense of life satisfaction and positive emotion in the moment”.

Why would this be? Well, religious people are more likely to volunteer, to belong to a community, to have a sense of meaning and purpose to their lives.

Santos says it is these things, among others, that enhance the odds of religious people being happier, rather than their religious beliefs per se.

However, even if we allow for this, what she finds still contradicts the common criticism that religion is repressive and detrimental. It also confirms that it is organised religion – and not just spirituality – that makes happiness more likely. In other words, in order to obtain the benefits of religion, it is better for religious people to get together.

In another interview, Santos explains that religious traditions encourage us to engage in acts of charity, have gratitude for the good things in life, and take part in communities where we connect with others.

Of course, you don’t have to be religious to be a volunteer or be part of a community. Sport, for example, can provide a channel for these things.

What Santos has to say about religious practice confirms what many others have said before her, but it is good to have it coming from such a prominent academic.

In fact, much of what she says was outlined in an Iona Institute paper from 2007 by professor of psychiatry, Patricia Casey, which drew on many studies about the matter.

The paper was called ‘The Psycho-Social Benefits of Religious Practice’.

Ireland thinks it is better off because it is rejecting organised religion. But as an Iona Institute campaign from some years ago rightly said, ‘Here’s a little science: religious practice is good for you’.

Photo by Gianna Bonello on Unsplash