How eugenics took a hold of Social Democratic Denmark 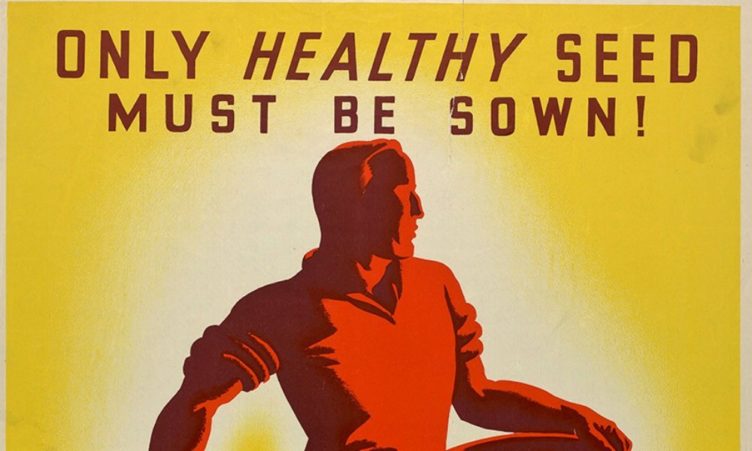 Eugenics is generally associated with Nazi Germany, but while the Nazis took the practice to its absolute extreme, eugenics was also carried out in other countries, including ones governed by Social Democrats. Protecting a population against its more ‘defective’ members was once simply seen as the ‘scientific’ and ‘rational’ thing to do. Social democrats like to think of themselves as being both of these things.

‘Death and Deliverance’ by historian Michael Burleigh is probably the definitive book in the English language about eugenics and euthanasia in Germany during the Nazi era and in the years leading up to the Nazi takeover. But the Nazis were not inventing their philosophy with regard to eugenics out of thin air. Talk of ‘racial hygiene’ had become extremely widespread and intellectually respectable at the time, including in nearby Scandinavia.

‘Eugenics and the Welfare State’, edited by Gunnar Broberg and Nils Roll-Hansen, examines how eugenics took hold in Norway, Sweden, Denmark and Sweden in the decades leading up to World War II and continued in a scaled-down way for quite some time afterwards.

Interest in eugenics in these countries often arose in tandem with the Welfare State. The Welfare State needed to be protected from ‘free-loaders’, a category which could include people considered defective in some way, for example, individuals who were dangerously violent, or of well-below average intellect, people suffering from a severe disability, and those regarded as sexually promiscuous.

I will look here a little more closely at Denmark. In 1929, Denmark became the first country in Europe to introduce a law allowing compulsory sterilisation. There was little opposition. Violent men could be castrated, and ‘promiscuous’ women could be sterilised. Having children outside marriage was regarded as a sign of promiscuity and therefore of ‘mental deficiency’, which was one of the justifications for sterilisation.

The sterilisation law was one of the first pieces of legislation passed by the newly returned Social Democratic party.

The 1929 law was succeeded by a more sweeping one in 1934. At the same time one of the key texts of Danish eugenics was published called ‘Arv og Race’ (‘Heredity and Race’), by Olaf Thomsen. Other, similar works were published at around the same time.

‘Arv og Race’ is described in ‘Eugenics and the Welfare State’ as “a celebration of the Danish consensus”.

The book says that belief in eugenics had become so overwhelming it would “demand more than a normal amount of courage to dissent from the combined weight” of the authorities behind it.

Denmark’s campaign of sterilisation lasted from 1929 until 1967 and affected 11,000 people. Half were involuntarily sterilised. Many were in institutions. This has attracted nothing like the attention of institutional scandals in Ireland. In fact, in Denmark one of the only opponents of eugenics was the tiny and marginalised Catholic Church.

Today, compulsory sterilisation does not exist, but now the ‘defective’ are targeted before they even leave the womb. In Denmark, very few children diagnosed with Down Syndrome are born. The great majority are aborted. This same attitude has now found its way to Ireland.

Eugenics is alive and well.