How lockdown has broken some marriages and improved others 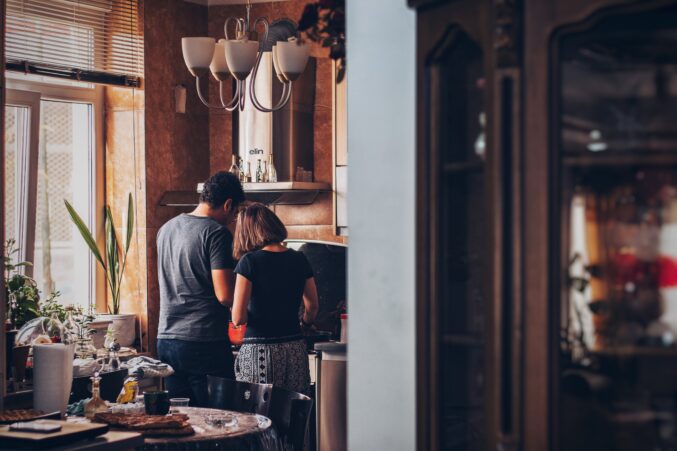 There are indications that Covid-19 will increase rates of divorce and separation because of so many couples being forced to live at close quarters for weeks or even months at a time, without the safety valve of being able to leave the house to go out socialising. But a study based on the UK Household Longitudinal Survey Coronavirus Study (University of Essex 2020) found that for many couples, the lockdown has actually improved their relationship.

The Marriage Foundation analysed 2,559 parents who were married or cohabiting. Twenty percent of respondents said that their relationship had improved, while only 10pc said theirs got worse.

However, cohabiting women were found to have struggled more during the last few months. The study shows that more cohabiting mothers said their relationship had gotten worse (22pc) rather than better (17pc). They were the only cohort reporting this. In all other cohorts, the percentage of those reporting an improvement in their relationship was higher than those claiming the opposite. 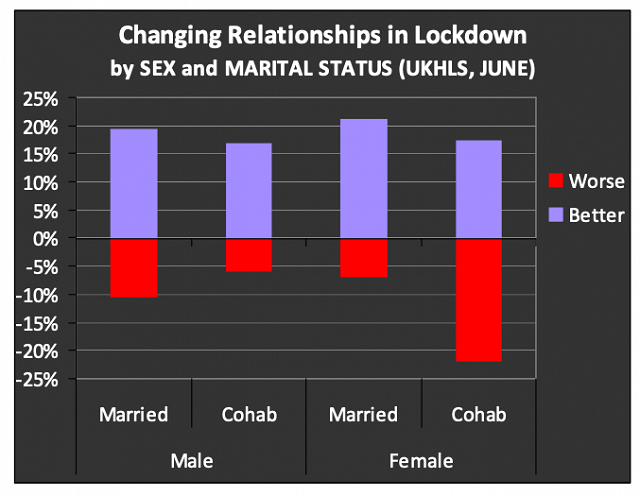 Over one in five cohabiting mothers lamenting a poorer relationship is noteworthy, particularly when we realise that this was the case for just 6pc of cohabiting fathers, 7pc of married mothers and 11pc of married fathers.

A possible reason is that women living with less committed men experience the constraints of the lockdown more negatively. They feel more pressure on a relationship that is more unstable and less secure.

“Cohabiting mothers were by far the most likely group to struggle during lockdown, to say their relationship had got worse, that they were experiencing significantly higher levels of conflict, and that they had more regrets about getting together in the first place”, the researchers found.

Married women, on the other hand, were the cohort showing the highest percentage of improved relationships.

This is perhaps due to the fact that having committed fathers more present in the house helped those women in sharing more housework and, consequently, it also improved the quality of their relationship. Another contributing factor could be that the increased presence of fathers also strengthened the bond with their children. (A different piece of research, found that 26pc of parents reported improved relationships with their children during the lockdown, while only 4pc reported a worse one.)

It remains to be seen exactly how the pandemic will affect marriage overall. So far, the evidence is contradictory. All we can say for now with any certainty is that it has been good for some and bad for others. Hopefully, in the end it will save more marriages than it breaks.