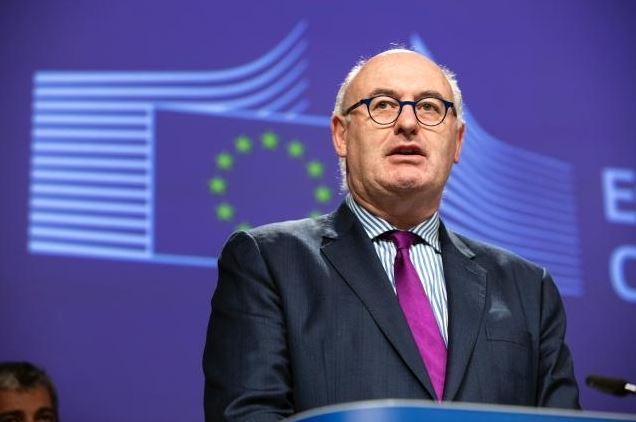 Phil Hogan, our Commissioner in Brussels, is in big trouble because he violated some of the public health guidelines designed to protect us from Covid-19. He is under huge pressure to resign. That decision is up to his boss, EU Commission president, Ursula Van Der Leyen. Or is it? In fact, is ‘Big Phil’ responsible for a single one of his actions? Many leading atheists would insist he is not, because they deny that there is any such thing as free will.

The most famous atheist alive today is probably Richard Dawkins, author of ‘The God Delusion’. Here is what is what he had to say a few years ago on the question of free will.

Now, apply this thinking to the case of Phil Hogan. We are assuming every inch of the way that he was exercising his own free choice when he went to the event in Clifden, when he went to his unit in Kildare, when he initially self-isolated, but after a test give him the all-clear decided not to. We assume his refusal to resign is also the result of his own free will.

Therefore, we blame and attack him for the decisions he has made, or not made. We hold him responsible for them. We think he is morally accountable. We think he was wrong and many of us think he should pay the price.

But if there is no free will, then he isn’t responsible for a single thing he did because all of his actions, as Dawkins explains, were determined by “antecedent events”, and by “physical events” in his brain.

If Ursula Van Der Leyen decides to sack him, or not, that will also be the result of physical events in her brain over which she has no control whatsoever.

This may seem entirely ludicrous to you. Richard Dawkins admits that we all feel very deeply that we have free will. But he insists that this is as much of a delusion as belief in God. His atheism, his materialism, commits him to this view. He is willing to accept its logical conclusion. (Not that he has any choice in the matter, if we lack free will).

The question of whether or not free will exists is an absolutely fundamental one. All moral disputes basically assume its existence, including the one about Phil Hogan and his actions. It is much easier to believe in free will if we believe in God, because once we believe in God, then we also accept that matter and physical causes are not all that exist. Room is left for free will and therefore, it makes sense to hold people morally accountable for their actions.

Most people, including what I call ‘naïve atheists’ go through their entire lives without considering the matter of free will. It is time we put the question centre-stage. Too much rests on it to do otherwise.