In practice most people are as pro-eugenics as Richard Dawkins 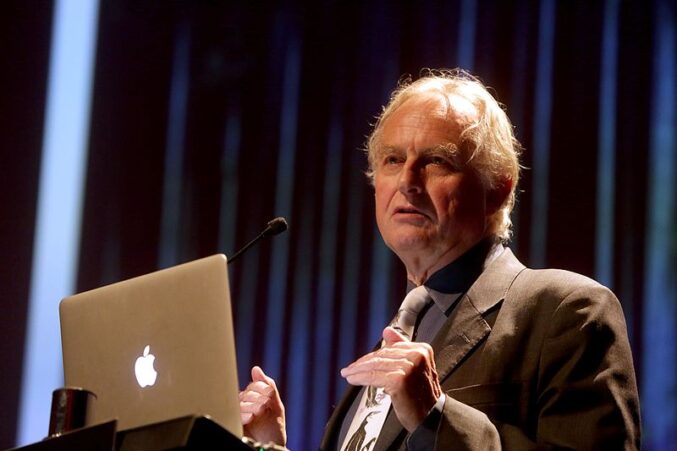 On Sunday on RTE radio, Brendan O’Connor gently challenged Professor Richard Dawkins, the famous atheist and scientist, about why he believes it is better for a couple to abort a disabled child rather than carry it to term. Professor Dawkins applied ruthlessly utilitarian logic to the topic. It is because a disabled child is likely to cause less happiness than one that is able-bodied, he argued. He correctly pointed out that, in practice, most people agree with him.

A few years ago, Dawkins (pictured) caused controversy when he told a woman who was wondering what she should do is she became pregnant, and the child had Down Syndrome: “Abort it and try again. It would be immoral to bring it into the world if you have the choice.”

Under a bit of pressure from O’Connor, Dawkins admitted that might have been putting it too strongly, but he did not step back from his general point of view.

He told O’Connor: “It seems to me to be plausible that if a child has any kind of disability, then you probably increase the amount of happiness in the world more by having another child instead”.

O’Connor then asked him if there were other “imperfections” he would “screen out”.

He responded: “Will, I think deafness and blindness. It seems to me … when you have the choice, when it is early in pregnancy and the foetus has started to develop, almost everybody as a matter of fact does abort a child if it has an easily diagnosable disability”.

He said: “It would be wise and sensible to abort a child who has serious disabilities at early in pregnancy. This is what everybody does in practice”.

Professor Dawkins is, of course, correct about what people do in practice. For example, in Western countries the vast majority of couples will abort a child if they discover it has a serious condition like Down Syndrome.

We might not like to talk about this in public, and during the abortion referendum of 2018 pro-life campaigners were condemned for raising it, but we are, in fact, aborting almost every child that has a serious disability if and when we discover the fact through a diagnosis.

In practice we are every bit as ruthlessly utilitarian about the matter as Dawkins. Like him, most of us believe that it would be too burdensome to raise such a child and we probably convince ourselves that the child would also find their life too burdensome. This, of course, is also eugenics, and it has become commonplace.

Brendan O’Connor: “I want to ask you about … you got involved with a Twitter interaction with a woman who said she would be faced with a real ethical dilemma if she became pregnant with the baby with Down Syndrome. You tweeted: ‘Abort it and try again. It would be immoral to bring it into the world if you have the choice.’ You are speaking to somebody who did bring something like that into the world, okay, but we will let put that aside. I’m interested in … how do you think it is immoral to bring someone with Down Syndrome into the world?”

Richard Dawkins: “I think that once you have a child with Down Syndrome, you love it, you cherished it. Everybody does that, it’s well known, I didn’t deny that for one single moment but before it’s born, the vast number of people who take an amniocentesis and is diagnosed with Down Syndrome, do, as a matter of fact, abort it. This is just a fact. And I think in Denmark …”

BOC: “I would accept that fact and I wouldn’t judge anyone’s choice about that but why is it immoral not to abort it?”

RD: “Well, that was probably put into too strongly, but given that the amount of suffering in the world, probably does not go down, probably does go up, compared to having another child who does not have Down Syndrome, that’s what I meant. But I want to stress over and over again, I was of course not suggesting that people who already have a Down Syndrome child, don’t love it, they shouldn’t love it.”

RD: “I am sure you didn’t, but many people did and I think that was the reason why it become controversial.”

BOC: “What I am interested in is, how do you know that it increases the amount of suffering in the world to bring in a child with Down syndrome into the world?

RD: “It seems to me to be plausible that if a child has any kind of disability, then you probably would increase the amount of happiness in the world more by having another child instead.”

BOC: “Do you think? But you have no reason for knowing that.”

RD: “I have no direct evidence. No. It just seems plausible.”

BOC: “You are such a scientific, logical person that I thought that you could possibly have some logical back up to it. So, do you know anyone with Down Syndrome?”.

RD: “Not intimately no.”

BOC: “It has nothing to do with that. I’m not having an emotional discussion with you here, I’m simply trying a logical discussion with you. You said that it would increase the amount of suffering in the world. I’m just asking you in a logical way, how do you know that? Listen, what other imperfections would you screen out?”

RD: “Well, I think deafness, blindness. It seems to me, to be … when when you have the choice, when it is early in pregnancy and the foetus has started to develop, almost everybody as a matter of fact does abort a child if it has an easily diagnosable disability”.

BOD: “Okay but if we put aside what people do, do you believe if we can check for deafness or blindness or any other disabilities, that we should and I look I’m not again, I’m not criticizing here, you think we should abort those children? Those foetuses, I beg your pardon.”

BOC: “But do you think it would be immoral for them not to do it?”

RD: “Let’s leave out the immoral.”

BOC: “But you brought ‘immoral’ into it.”

RD: “Ok, I’ll take that back. I think it would be wise and sensible to abort a child who has serious disabilities at early in pregnancy. That is what everybody does in practice.”

BOC: “There is one other thing I would say, again and it is purely on the basis of rationality. You know, children who are so-called perfect can cause terrible suffering in the world as well, but I suppose we have no way of checking, have we?”