Irish abortion figures by county in 2020 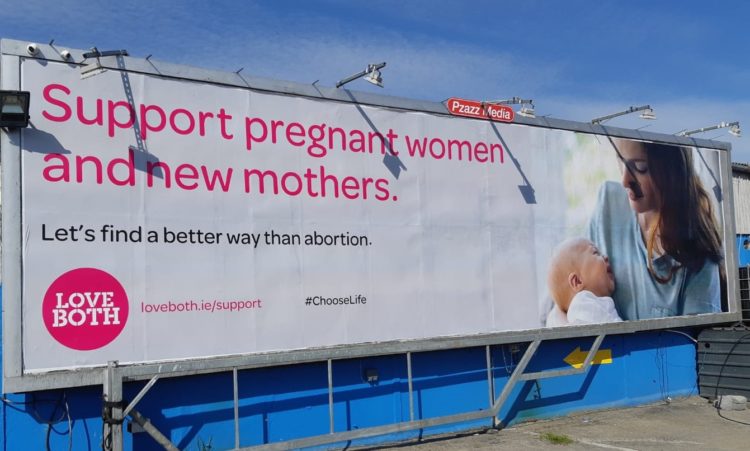 Using newly-published data from the Department of Health about the number of abortions that took place in Ireland last year, this article summarises the 2020 abortion statistics for each county, and compares them with 2019. Briefly, an unborn child was over twice as likely to be aborted in Dublin as in Laois. There were 6,577 terminations overall. 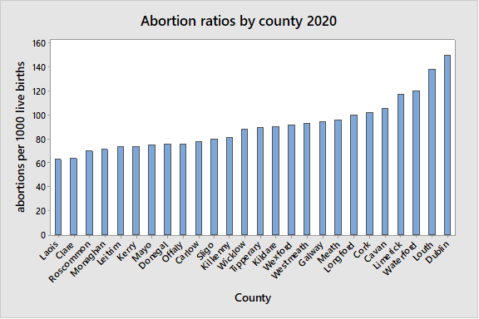 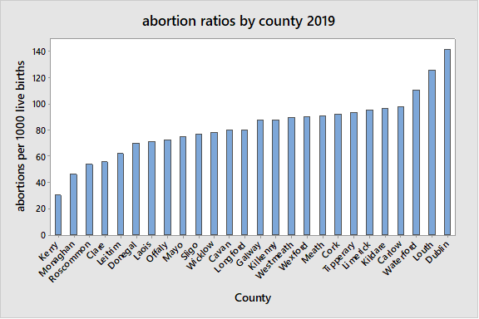 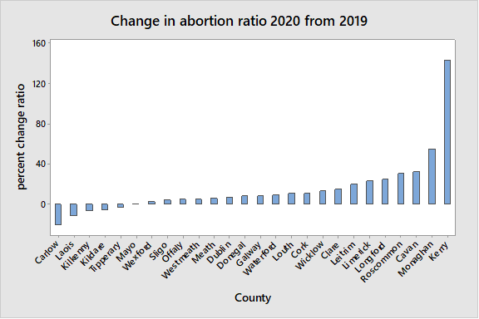 In five counties (Carlow, Laois, Kilkenny, Kildare and Tipperary) the abortion rate in 2020 actually dropped compared with 2019 (Figure 3). In Mayo there was no change. The other twenty counties all registered increases (Figure 3). The largest percentage increases were, for the most part, in counties which had low abortion rates in 2019 (Kerry, Monaghan and Roscommon). Kerry’s 2019 abortion rate always looked suspiciously low, and a likely explanation was under-reporting of abortions there in 2019. Despite the massive jump in Kerry this time around, it is still (Figure 1) in the bottom six for abortion rates. Laois moved from seventh lowest in 2019 to lowest in 2020.

Cavan had been mid-table in 2019 and the large increase in its abortion rate in 2020 brought it into a small group of counties with abortion rates in excess of 100, that is with at least one abortion for every 10 births. Births in Cavan bucked the national trend and actually increased by about 5% in 2020, but Cavan abortions increased by 39%, hence the sharp rise in Cavan’s abortion rate. A possible explanation for the huge jump in abortions would be that economically Cavan was disproportionately affected by the Covid-19 lockdown, but the 5% increase in births there, when most of the rest of the country was registering a decline in births, is more difficult to explain.  We collect so little data in Ireland, on abortions and births, that we can only speculate when faced with unusual data such as Cavan in 2020.

Dublin, Louth and Waterford occupied the top three places for abortion rates in 2019 and again in 2020. All three had higher abortion rates in 2020 than in 2019. These counties have now been joined by Longford, Cork, Limerick and Cavan, in a group of seven counties which reported at least one abortion for every ten births.

Cavan and Longford moved from the middle of the table in 2019 to the top seven in 2020. Laois, Tipperary and Carlow moved substantially in the opposite direction, Laois ending up with the lowest abortion rate in the country in 2020. None of the other counties moved substantially from their positions in the 2019 table.

There were not as many missing values in 2020, but there were still a lot – county of residence was not given in 425 cases in 2020, the corresponding number in 2019 was 525. The abortion ratios above would be higher for most (if not all) counties if the abortion providers had supplied this information (as they were supposed to).

One final point. Covid-19 restrictions severely limited social movement in 2020 and this tended to depress the abortion numbers in the latter part of 2020.  It is deeply worrying that, in these circumstances, twenty of twenty-six counties still reported increased abortion rates for 2020 as a whole. What size of abortion rate can we expect in future years when the Covid restrictions on movement and socialising are lifted? That is a deeply worrying question.