The ‘evils’ of domesticity (or are German women more ‘liberated’ than Irish women?) 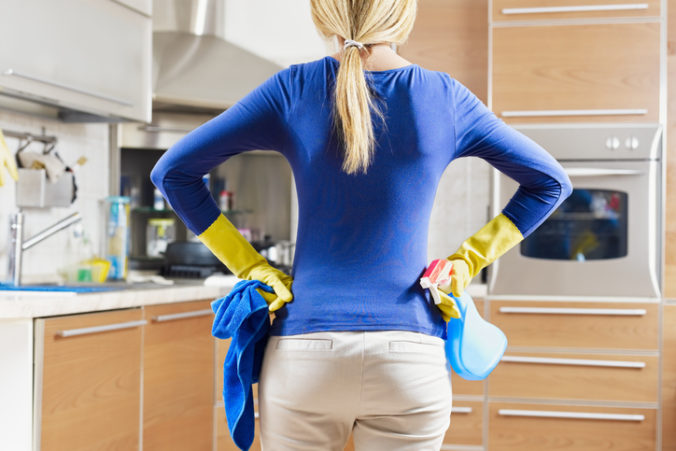 Jacky Jones continues her war on domesticity in her health column in The Irish Times. Having previously wondered whether housewives are scared of ‘real work’ and accusing them of ‘completely wasting their talents’, she now laments that Irish women are more likely than men to like cooking, and also seem to like cooking more than their European counterparts do.

She bases this on a survey of shopping, eating and cooking habits in eight different countries conducted by Bord Bia. (Combined multi-country survey here).

What this survey finds, and what alarms Jacky Jones is that if we compare Ireland and Germany (for example), we find that while 25pc of German men find cooking a chore, the number increases to 39pc among Irish men. More alarmingly for Jones, whereas 26pc of German women finding cooking a chore, only 19pc of Irish women do so. Notice that the figures for German men and women are almost identical whereas there is a big difference between Irish men and women.

Even worse, whereas roughly half of German men and German women prepare their own meals, in Ireland only 25pc of men do so compared with 75pc of Irish women.

In other words, Germany appears more egalitarian than Ireland in terms of how men and women carry out domestic work. But the devil is in the details. Things might not be as equal as they appear in Germany. Why is that? It’s because the survey also reveals that far more Germans than Irish live alone. Whereas 17pc of the Irish surveyed live alone, the figure climbs to a staggering 38pc in Germany.

Obviously if you live alone you are going to end up having to cook for yourself and shop for yourself and this goes a long way towards explaining the seemingly more equal division of domestic labour in Germany.

What we cannot tell from the survey (I couldn’t find it at any rate), is how many of the Germans surveyed are childless. I would hazard that it’s a lot because Germany has a very low birth rate. Hence the survey might include a lot of childless German couples who both work full-time and therefore also divide domestic work more equally because neither is at home during the day.

Finally, Jones seems to leave out the possibility that some women prefer the domestic world to the world of paid work and are more likely than men to have this preference. Paid work is often extremely chore-like and unfulfilling and compared with it, spending more time with your own children in your own home can seem like a better and more fulfilling bet.