Just like religion, modernity has often been very violent 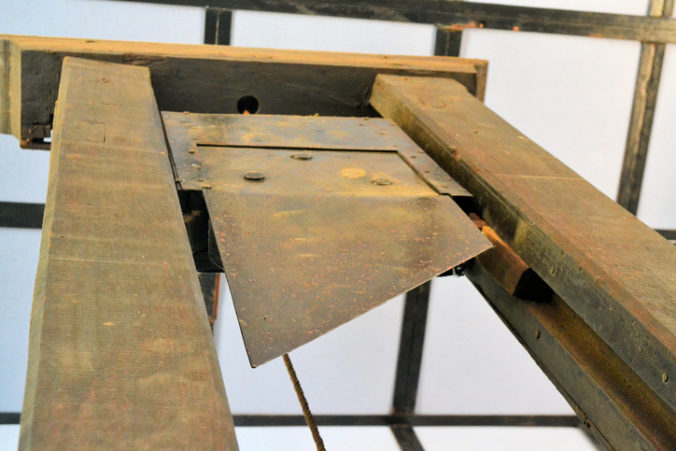 The recent terrorist attacks in Manchester and London prompts a writer in The Irish Times to ponder not the nature of Islam, as would seem natural given the stated motivations of the attackers, but to accuse modern Christianity of being an “exercise in cherry-picking”, one that leaves out the more difficult passages in the Bible.

She doesn’t say it, she doesn’t even name Islam (most odd) but clearly she is hoping that one day Islam will also become an exercise in “cherry-picking” and it will learn to leave out the more difficult parts of the Koran.

The author, Laura Kennedy, reminds readers of a violent episode in Christian history (one of many, obviously), in which Anabaptists in 1534 (as the Reformation was gathering pace), “seized Münster city hall and installed one of their leaders as mayor. This, along with several other events, resulted in the creation of a biblically-inspired ‘Utopia’ so monstrously violent, sexist, and tyrannical that it resembled something much closer to hell than the kingdom of heaven on earth until the city was besieged, the leaders captured, and the experiment ended in historically grisly fashion.”

Laura rightly points out that these German Anabaptists used selected passages from the Bible as their warrant.

She concludes her piece: “It is by polite consensus, human decency and the occurrence of the Enlightenment that the vast majority of religious people ignore the genocide, slavery, and polygamy written in an era that does not bear relevance to modern times. No matter how uncomfortable it may make us, there is textual basis in many religions for terrible acts. Denying this serves no purpose at all.

“Like all religious tyrants, the Münster Anabaptists would brook no narrative but the one most acceptable to them. The Enlightenment pulled us into modernity, and Enlightenment values are precisely what will unite us against those who seek to crush our diverse, open way of life.”

We could go into Biblical exegesis here. We could point out that in Christian theology a New Covenant has replaced the Old Testament-based Old Covenant with its harsher laws.

Instead, we will restrict ourselves to saying that it is not just Christianity, or indeed, religion per se, that is subject to cherry-picking, so are all ideas, all ideologies, all traditions.

The first genocide of modern times – targeted against the Catholics of the Vendee – was unleashed in the name of the Revolution.

Modernity – which developed out of Christianity, by the way – has many strands. Some have led to the liberal democracies, but others to communism and fascism and resulted in bloodbaths without any historical precedent. Communism unleashed its bloodbaths in the name of ‘equality’.

So yes, ‘cherry-picking’ (or interpretation if you prefer) does go on in Christianity, but it goes on everywhere and Laura, in the interests of intellectual honesty, will have to admit that we can (and should) cherry-pick from among the many good, bad and truly horrendous ‘cherries’ that have grown up out of the Enlightenment and modernity as well. She can hardly do otherwise, surely?

PS. Actually, isn’t a big part of the problem – the biggest part – that we are a very violent species and are extremely inventive at finding justifications for our violence?