Katie Ascough and anti-Catholicism at UCD 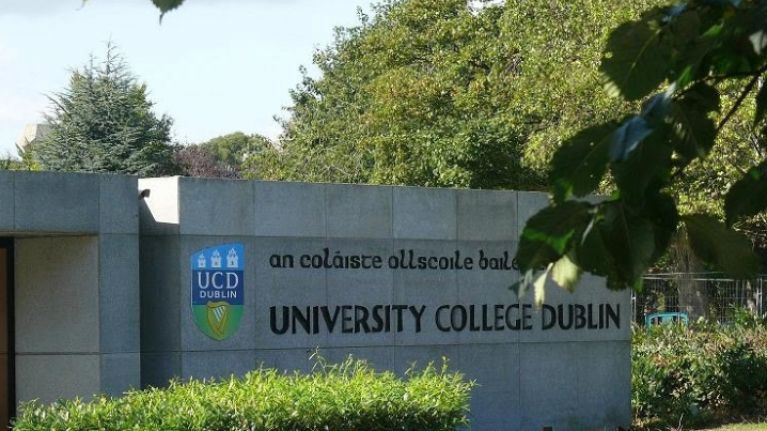 Katie Ascough, if you remember, was the head of the Students’ Union at UCD who was booted out of her job essentially because of her pro-life views and following a very nasty campaign of vilification. The authorities at UCD could have activated their anti-bullying policy and told everyone to tone it down, but they stood by as the furies were unleashed against her. Now Katie has written an article for The Irish Times which describes, in effect, how UCD has become a cold house for Catholics.

The article was prompted by the fact that only very late in the day did the university decide to send a representative to Rome to attend yesterday’s canonisation of Cardinal John Henry Newman. St Newman (as he is now) founded the Catholic University of Ireland which evolved into UCD.

Katie (full disclosure: her father was a member of the Iona board until recently) wrote: “In my time at UCD, I experienced an endemic and tangible hostility towards my faith from a range, if not a majority, of professors, students and, undoubtedly, the UCD Students’ Union and student societies. It was not uncommon for lecturers to scoffingly dismiss the Catholic Church, ensuring to note how backwards and irrelevant it was; yet at the same time expressing their desire to “be there” for every student.

“Many staff and members of UCD Students’ Union, which claims to represent all students, perpetuated the ignoring, silencing and mocking of Christian ideas through their printed material, choice of events and treatment of colleagues. Throughout my years in UCD, my experience and that of dozens of other Christian students who shared their experiences with me was one of intimidation and ostracisation for our faith and values.”

Strong stuff. Well, now former senator and UCD alumnus, Brendan Ryan has weighed in with a letter to The Irish Times in which he basically accuses Katie of self-pity.

But first he describes the strong Catholic atmosphere he encountered at UCD when he was a student there 50 years ago.

He says: “It is in the light of that history that Katie Ascough’s cry of almost self-pity about the alleged ‘anti-Catholic’ atmosphere must be judged.”

Why must it be judged in that light? Does the previous Catholic orthodoxy which existed there decades ago somehow justify the present secular and not-so-liberal orthodoxy which Katie and other like-minded students encounter now? Obviously not.

Ryan then adds: “If her religious beliefs are being offended by lecturers, etc, she should of course challenge them with evidence to counter bias. That is what universities are meant to do”.

Would he ask any other group to do this? It is hard for a young student, probably not long out of school, to challenge a lecturer in front of everyone else. The power imbalance is huge and intimidating, especially if the students are also hostile towards Catholicism, or at best indifferent.

If Muslim students were regularly hearing Islam disparaged in the classroom would they be accused of ‘self-pity’ and then told it’s up to them to take on their lecturers? On the contrary, the university would probably investigate the lecturers for bias. This is what has happened in some American universities to academics who offend the sensibilities of ‘woke’ students. (On this general point, look up the Heterodox Academy).

Brendan Ryan says in his letter that he is a Mass-going Catholic. Well, if this is the reaction to Katie Ascough of a Mass-goer, then it boggles the mind to imagine what some of the non-Mass-going academics at UCD think of her and other pro-life Christians studying there.