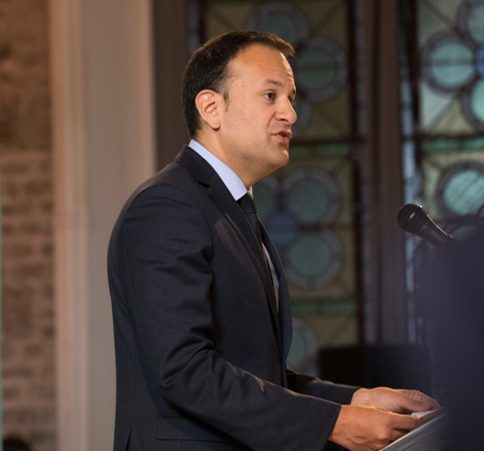 May 23, 2018 – Several times in the last number of days Taoiseach Leo Varadkar has effectively admitted he backs abortion on socio-economic grounds rather than simply for life or health reasons. In addition, he has indicated he does not believe the unborn child has any rights before viability unless the mother wants the baby.
This is what the pro-life side have been saying all along and now the Taoiseach has confirmed it. In other words, if we vote Yes on Friday we are permitting abortion on very broad grounds.

On RTE’s Six One News last night it was put to Mr Varadkar that most abortions have nothing to do with the hard cases like rape or so-called ‘fatal foetal abnormality’.

He responded by giving the example of a young woman seeking to go to college who has become pregnant, and another of a woman, newly separated, who has become pregnant with a fourth child. (see note 1 below).
Both of these are socio-economic cases and have nothing to do with health or life which are the grounds the Government has been emphasising to date in an effort to mislead the public.

In addition, Today with Sean O’Rourke last Friday, Mr Varadkar was asked if he believed a doctor has two patients when presented with a pregnant woman. He said the doctor did not unless the baby was viable (that is, close to the third trimester), or if the woman wanted the baby. (See note 2 below).

This is the same thing as saying the unwanted baby has no rights prior to viability.

Commenting, David Quinn of The Iona Institute said: “It is now perfectly clear what is at stake in this referendum. Leo Varadkar does not believe the unborn baby has any rights before late in the pregnancy, and he supports abortion on socio-economic grounds. If enough Irish people know this on Friday, then the referendum will be defeated. The Irish media have a duty to properly inform people of the Taoiseach’s own view. There has, to date, been a huge overemphasis on the hard cases”.

1.   Taoiseach on Six One News yesterday: “Other cases, other crisis pregnancies, are hard cases too. Think for example, a girl who is now about to do her Leaving Cert who has been taking contraception and gets pregnant who is faced with the reality of having to become a mother when she is not ready for that, when she wants to go to college. Or think about the woman who already has three kids, whose partner has just left her, and she find out she is pregnant and she is not ready to bring a fourth child into the world.”
2.   Taoiseach on Today with Sean O’Rourke last Friday: Sean O’Rourke: “But you haven’t answered either the question do you accept that abortion is taking a life, or do you believe that you are dealing with one patient or two when you’re dealing with a pregnant woman?” Leo Varadkar: “Well, I think the patient you are dealing with is the patient who is in front of you and that’s the woman. But obviously, at a later stage in pregnancy, certainly beyond viability or where the pregnancy is wanted, you treat it in that scenario as two patients.”