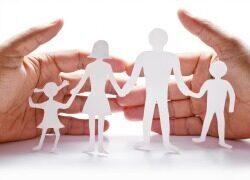 One of the great taboos in modern Irish debate is pointing out that family structure matters, and makes a difference to the lives of children. Such a declaration is considered to be offensive and judgemental. But suppose it is true, and suppose certain family structures do, on average, benefit children more? Does it really serve the interests of children to suppress this truth?

The question takes on particular relevance when we consider what Catholic and other faith-based schools may or may not be allowed to teach about the family. If we are to simply ‘celebrate family diversity’, can those schools declare that being raised by a mother and a father together (assuming they are fit parents), can confer certain advantages on children, or at least minimise disadvantages, compared with other family structures?

Well, a major new study from the Economic and Social Research Institute (ESRI) has said family structure does, indeed, matter. The finding is more or less tucked away and you have to go looking for it.

The relevant study is called ‘Risk and Protective Factors in Adolescent Behaviour’.
The most pertinent quote says: “Family structure emerged as having a significant and consistent relationship with adolescent behaviour, with poorer behaviour across all domains for those in lone parent families or families that experienced separation during the young person’s adolescence. This pattern held even taking account of the socio-economic characteristics of these households and was not fully explained by other factors”.

The report doesn’t straight-forwardly say having two parents helps to protect adolescents from certain risks, but it is the only possible conclusion to draw. Perhaps the authors don’t explicitly say it, or draw much attention to their finding because of the prevailing taboo against ever appearing ‘judgemental’?

Obviously, there is a great need for sensitivity when discussing issues like family and family structure, but at the same time the truth that family structure makes a difference to children (one way or another) should not be obscured and should be part of public debate.
Ironically, the same week the report came out, Tanaiste Leo Varadkar declared in the Dail that the current definition of the family found in the Constitution is ‘out-of-date’.

Responding to a question from Labour leader, Alan Kelly, about the welfare entitlements of cohabitating couples, Leo Varadkar said that as far as he was concerned, “the definition of family in Bunreacht na hÉireann, the 1937 Constitution, is out of date”.

He added: “It is based on a traditional, more Christian or Catholic view of a family, which is not wrong. It is a man and a woman, although that was changed to allow two men and two women. However, it is based on two married people, as it were, with children. That is what constitutes a family under the Constitution. If that were ever true, we all know it is not true anymore. There are many different forms of families in our society, and there is great diversity in what family means. I believe we should update, modernise and change that definition”.

In other words, he wants ‘family equality’, and this logically means we must have another marriage referendum, this time to remove the special status of marriage completely from the Constitution.

But if family structure matters, and having two parents is advantageous, then the Tanaiste is flying in the face of the facts.

This wouldn’t be the first time Irish politicians have ignored basic facts about the family. The only question remaining seems to be; when will we hold the relevant referendum?

(David Quinn writes at more length about the Varadkar remarks in the current issue of The Irish Catholic. You can find the article here).