Making it ‘ethical’ to kill a twin in the womb 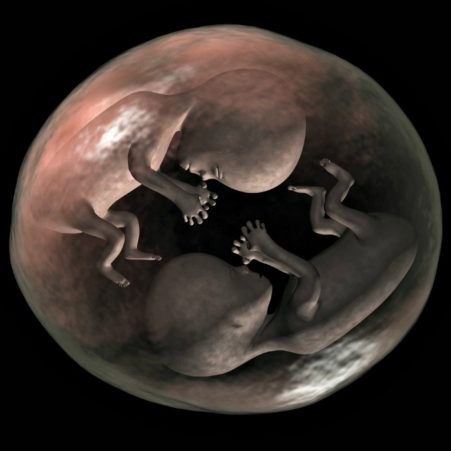 If, in matters of pregnancy, ‘choice’ is supreme, are there any grounds for criticising a woman who aborts one of her twins because she wants just one baby, not two? The euphemism for this is ‘foetal reduction’ and ‘foetal reduction’ often occurs when IVF results in a woman becoming pregnant with two or more babies. A review of the phenomenon of ‘foetal reduction’ may help us in clarifying the limits of choice and to underscore the fragility of the concept itself.

Let us take the example of the mother who presented herself to a Toronto Hospital in 2016 and who was pregnant with two perfectly healthy twins. The mother requested that one of the healthy twins be aborted, or that a ‘Twin to Singleton Reduction’ be performed.

Despite this being Canada, the hospital refused on the basis that although there was some risk to the mother due to her age, the pregnancy was progressing well and the twins were perfectly healthy. But because it was Canada, the ‘reduction’ was able to take place elsewhere.

What is interesting here is that even when confronted with the medical advice that both children could be brought to term safely, and that the outcome for the mother was positive, the mother still sought to exercise her choice and have one of the twins ‘reduced.’

This kind of ‘reduction’ is now the norm with IVF. We know this because of studies like those conducted by Mark I. Evans of the Mt. Sinai School of Medicine, New York. In 2014, Dr Evan’s performed an analysis of Foetal Reduction over the previous 25 Years. One of the major findings of that analysis was that since Foetal Reduction (FR) began in the 1980s, it has gone from “a rarity performed in only the highest risk situations to an integral fail-safe of infertility practice.”

What is equally alarming, and what should give considerable pause to our legislators when they begin their debates on Assisted Human Reproduction (if they have any debate at all), are the extremely contentious conclusions reached by Dr Evans following his survey of almost three decades practice of Foetal Reduction:

“All but the most conservative of commentators have long since accepted  the  efficacy  of  reduction  of  triplets  or more. Medical data now show that reduction of twins to a singleton improves outcomes [My emphasis]. The issue then shifts to an ethical one that will never be universally accepted, but we argue that from an autonomy and public health perspective, FR needs to be seen as a necessary but hopefully increasingly rare procedure.”

Another way of reading this is to say that abortion is now mainstream as a means through which the desired outcomes or preference for ‘Singletons’ can be achieved. It is also a way of saying that twins in and of themselves are a danger to women and that the presence of twins (or triplets etc) must be viewed no differently than if they were an illness requiring medical intervention.

Will any of this information be given the kind of ethical scrutiny it deserves in this country or will we simply conclude as we have done for so much else, that adult autonomy and adult choice are unassailable goods that admit of no meaningful restrictions?