Marriage in Ireland continues its decline 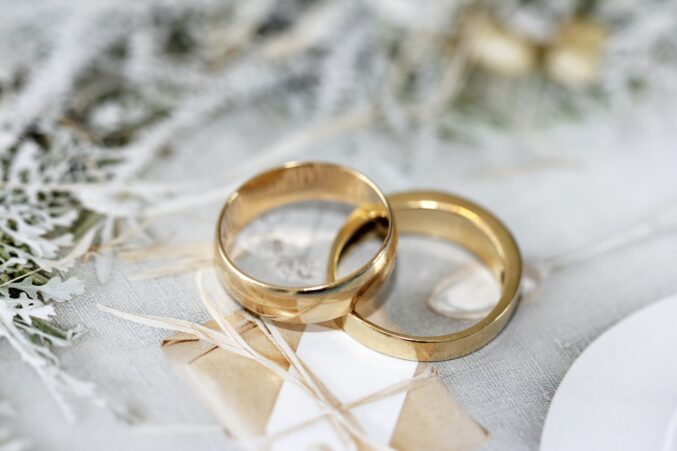 New figures from the CSO throw light on the changing nature of marriage in Ireland. To cut a long story short, the institution is in continuing decline.

The marriage rate per 1,000 population was just 3.4 in 2021.  Marriage rates have constantly declined in the last few decades, but the Covid pandemic has had a tremendous impact on numbers.

Religious ceremonies continue to decline although they are still the most popular ones overall, accounting for 57 percent of all weddings in 2021. Thirty-nine percent were in a Catholic church, the most popular ceremony. The second most common celebration was civil marriage (35pc).

But ten years ago, Catholic ceremonies accounted for 66pc of the total. The decline is partly due to secularisation and partly due to more options being available to those who want to tie the knot, especially hotel weddings.

Those who want to marry in a hotel and have a religious ceremony often opt for a ‘Spiritualist’ marriage. Last year 7.9pc of opposite-sex couples and 12pc of same-sex couples do so.

The data released by the Central Statistics Office this year are less detailed compared to the past.  For example, this time we are not told about the previous marital status of the brides and grooms, and how many were marrying for the first time.

The most recent data about divorces and separation from the Court Service Annual Report refer to 2020 and show us that there was a 29pc increase in the number of applications for divorce (5.266) that year, compared to 2019 (4.073), while judicial separations decreased by 48pc (from 1.229 to 636).

These are the effects of the change in family law legislation following the divorce referendum in 2019 that reduced the amount of time you need to be separated before you can apply for divorce from four to two years.

Overall, the figures show that marriage in Ireland is in anything but rude health.

Photo by Sandy Millar on Unsplash