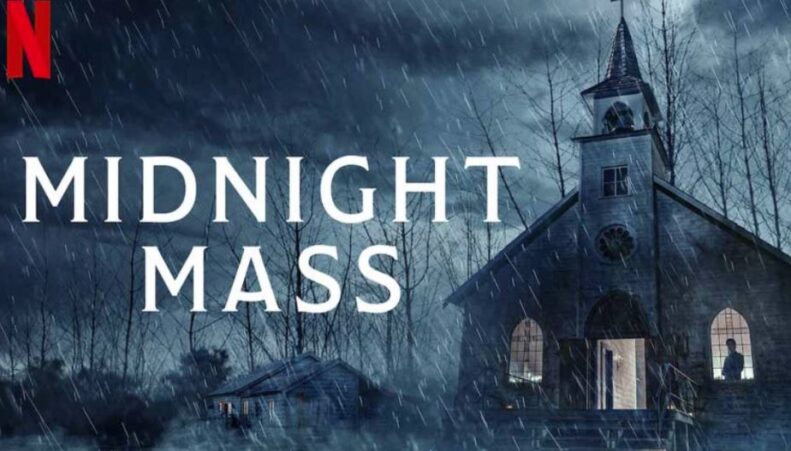 I approached the new Netflix horror series, ‘Midnight Mass’, with a certain amount of trepidation. It’s not that I expected it to be particularly gory, more that I thought it would be mediocre, and it was. I also wondered if it would be full of anti-religious and anti-Catholic stereotypes, and it certainly didn’t disappoint on that front, unfortunately.

‘Midnight Mass’ is set on an island off the coast of the United States where a fishing community has lived for generations. A now elderly priest has served them for many decades and his parishioners send him off on a pilgrimage to the Holy Land, something that has always been a dream of his.

But (plot spoilers ahead), he seemingly doesn’t return. Instead, a much younger, more energetic priest turns up. He says his predecessor is too sick to come back. Fr Paul immediately sets about revitalising his parishioners, quite literally. Miracles begin to happen. A teenage girl, consigned to a wheelchair after being shot in a hunting accident years ago, is miraculously cured. At Sunday Mass, Fr Paul summons her from her wheelchair, and let just like in the Bible, she gets up and walks.

Needless to say, this greatly impresses the congregation and word spreads. Sunday Mass begins to fill up again.

At this stage, viewers might be led to believe that the Catholic Church is being portrayed rather flatteringly, expect for Fr Paul’s assistant, effectively his deacon. She is strident, judgemental and fanatical. She has served in the parish for years.

Then, parishioners began to look younger. By this point, viewers know (more plot spoilers), that Fr Paul is in league with a vampire, who he mistakes for an angel.

Fr Paul is, in fact, the older priest. He met the vampire in a cave in the Holy Land while on his pilgrimage and the vampire gave him his blood which has rejuvenated him. He looks 40 years younger now.

Fr Paul thinks this is a gift from God and he wants to share his ‘gift’ with his parish back home.

From here on in, the series starts to turn Catholic theology on its head in a way that is, frankly, semi-blasphemous.

Fr Paul presents the blood of the vampire as the blood of Christ that will literally give them eternal life. At first, the parishioners do not know he has replaced the Communion wine with the vampire’s blood, but when they do find out he convinces them that this is all in accordance with God’s plan that they be born again in a new life.

Throughout the series, we see Catholic theology and symbolism being inverted in this way. It is more of a Black Mass than a Midnight Mass.

The message of the series is that religious believers are either gullible or fanatical. Fr Paul and most of his parishioners fall into the former category. They are not evil, merely stupid and deluded. But a few are fanatics, especially Fr Paul’s quasi-deacon.

Several characters are flatteringly portrayed. One is the local sheriff, who happens to be a Muslim. Another is a son of the island returned to his family after serving time in prison after he killed someone in a car accident while drunk. He is an atheist, and full of remorse. But it is precisely his atheism that makes him less gullible and more resistant to Fr Paul’s false promises, even before he discovers the awful truth behind them.

Mick Flanagan, the series writer and director, is himself an atheist. He says he had a “healthy Catholic upbringing”, but the more of the bible he read, the more disillusioned he became, and the breaking point arrived when he read ‘God is Not Great’, by the late Christopher Hitchens, which is an excoriating attack on religion.

Amazingly, some atheists believe ‘Midnight Mass’ is too kind towards religion because it presents it as a source of comfort to many of the islanders. But it is this very characteristic that Fr Paul and the vampire take advantage of. The islanders look to their faith for hope and Fr Paul seizes on that hope to lead them to their nightmarish fate. He bamboozles them with a false, twisted version of Catholic theology which for some reason they are unable to see through, meaning they are extremely badly educated in basic Catholicism.

Aside from all this, ‘Midnight Mass’ is simply a terrible story. It starts quite well and then disintegrates into an incoherent mess, just like The Haunting of Bly Manor’, and is rarely even scary apart from a scene or two, although it is bloody, as you’d expect given the monster.

My advice? Avoid, unless you are a glutton for punishment, or (ironically), gullible enough to be taken in by the marketing hype surrounding the series and its writer.