Mind the Gap II: Marriage and Family by Socio-Economic Group 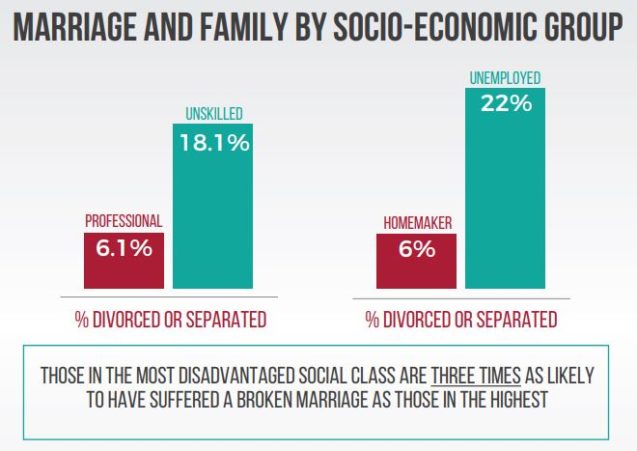 Mind the Gap II finds that those in the most disadvantaged social class are three times as likely to have suffered a broken marriage as those in the highest.

It is a companion paper to Mind the Gap I which found that the most disadvantaged are far less likely to marry in the first place than the most socially advantaged. These marriage gaps are very rarely mentioned in Ireland public debate despite being very large and very serious.

Mind the Gap II can be found here.