Minister Harris attacks a Catholic parish for being Catholic 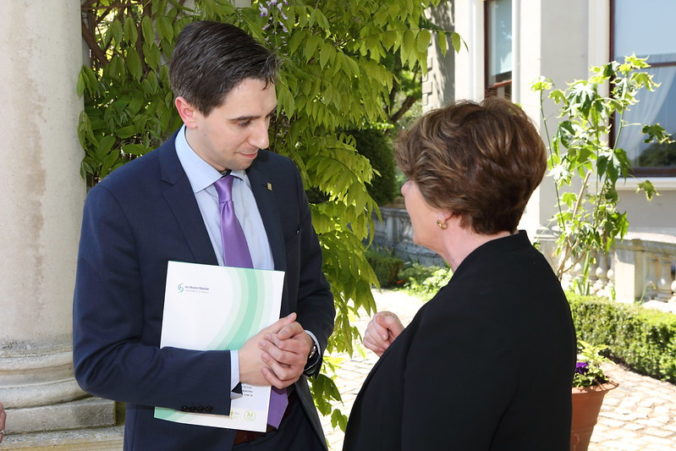 Minister for Health Simon Harris has attacked a parish in Tullamore for a stating that IVF is incompatible with the Catholic faith. In doing so, he has stepped far outside his role as a Government Minister. He needs to mind his own business, which is precisely what some people have been telling the Church to do for years.

On Christmas Eve the following post appeared on the Tullamore Parish Facebook page: “Let’s continue to pray for life. We pray for couples struggling to naturally conceive and who are avoiding IVF treatment. The process of IVF damages embryonic stem cells and thus life and therefore is completely, clearly and totally incompatible with our Catholic faith. For all believers in God, all life is sacred at all times. …” The post has since been removed, following criticism on the page and on other media. The parish has also apologised.

Minister Harris, who recently announced a €2 million plan in support of the IVF industry, said: “The comments were, I am sure unintentionally, extremely hurtful to many families who are struggling with fertility issues”. He continued: “I thought and certainly hoped we had moved to a point as a country that this sort of inappropriate interference in decisions that individuals and couples make about their own lives would be left to them”.

It was a call for prayers and a reminder of what the Catholic Church teaches.

Artificial reproduction raises a large number of ethical issues. For instance, the number of embryos which are created but not used, or the selection and destruction of “defective” embryos.

It is not interference but, rather, part of the ordinary duty of a parish to stand beside those who struggle to conceive and, at the same time,to remind them about the moral principles that should guide every decision.

That Facebook post was not even a comment on legislation or on Minister Harris’s policies. It wasn’t an attempt to shape or to change the law, which would be perfectly legitimate in a democracy. It was simply written by someone in charge of the parish’s page to explain, very briefly, what the Church believes.

Minister Harris’s comments, instead, are an inappropriate interference in the right and duty of a parish to inform its parishioners about the teachings of the Catholic Church they belong.

It is not the role of a Minister to lecture faithfuls on their beliefs. After condemning a Facebook post, is he going to censor the parish bulletins all around the country?

Separation between Church and State means that the State’s representatives respect all moral and religious principles sincerely held by the citizens and do not interfere with their expression.

Moreover, when was the last time that Minister Harris attacked the views of a religion other than Catholicism? Catholics should expect from him, and from anyone who represents the State, the same sensitivity shown for other faiths.

But we know that the Catholic faith is a soft target and, particularly with the general election coming soon, it’s useful to take pot shots at it in order to divert the public from the real problems that a Minister for Health should deal with.