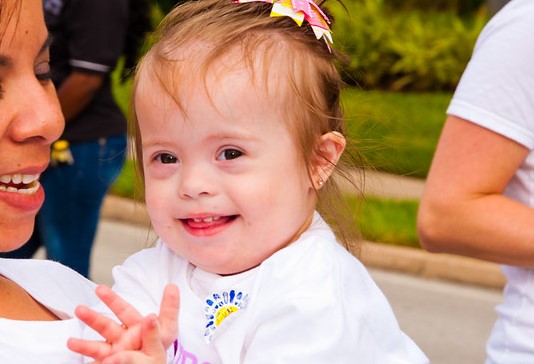 The number of abortions in England and Wales hit a record high last year, and the number of Irish women travelling there to abort unborn children with Down Syndrome and other abnormalities has also increased, in line with growing acceptance of eugenics across the Western world.

In 2020, 209,917 women had an abortion in England and Wales. This was despite the extended lockdown. This is the highest number since the Abortion Act was introduced and it also represents the highest rate ever (18.2 per 1,000 women of fertile age).  Scotland also registered the highest historical rate last year.

The number of aborted babies is even higher than those figures as some women were expecting more than one baby.

194 women listed as resident in Ireland had an abortion in England in 2020, a 48pc drop from 2019, when Ireland’s liberal abortion law went into operation. Many went to England because the foetus had non-fatal disabilities and, after 12 weeks of gestation, it cannot be legally killed in Ireland for this reason. Many diagnoses of disabilities are made after 12 weeks.

In spite of the decline in numbers travelling to England, the number of Irish babies with Down Syndrome aborted there went from 17 in 2018, to 27 in 2019 reaching 35 last year.  Other conditions included three babies with spina bifida, one with cleft lip and palate.

The IFPA, together with other campaigners, want abortion for non-fatal abnormalities to happen in Ireland too.

The increasing number of Irish women opting to abort children with Down Syndrome could be due to more women availing of screening programmes and also greater social acceptability for what amounts to eugenics.

The number of English women opting to abort babies with Down Syndrome also increased to 693, a rise of 6pc from 2019, although this may be an underestimate.

The abortion rate in England and Wales continues to decline for girls age under 18, going from 16.5 to 6.9 per 1,000 between 2010 and 2020. This is a general trend in Western countries. But the rate for all other age groups has increased in the last 10 years.

In 2020, more than half of women over 30 undergoing abortion had one or more terminations before. Repeat abortions are now more and more common in the UK.

81pc of women who had terminations in England and Wales in 2020 were single. 51pc were single with a partner. This proportion has remained fairly constant in the last decade.

The report gives an idea of how the Covid pandemic impacted on the phenomenon of abortion.

In the first three months of 2020, before lockdown, the number of women undergoing abortion in England and Wales rose by 4.1pc compared to the first quarter of the previous year. After a spike in April (+28.7pc), just after lockdown was imposed, the rest of the year saw no substantial difference when compared to the previous one.

With regard to the 194 Irish women who travelled to England for abortions in 2020, 101 did so in the first half of the year and 93 in the second half when it was much more difficult to travel.

Another result of Covid restrictions can be seen in selective terminations, which is when only one child in a multiple pregnancy is killed. In England they decreased from 126 in 2019 to 65 in 2020. They generally happen after an IVF treatment, when multiple embryos are produced artificially, then moved into the womb and eventually selected if the couple do not want as many as have survived. This decline in 2020 is due to fewer IVF treatments happening during the pandemic.

See also: How the Eight amendment saved hundreds of babies with Down Syndrome