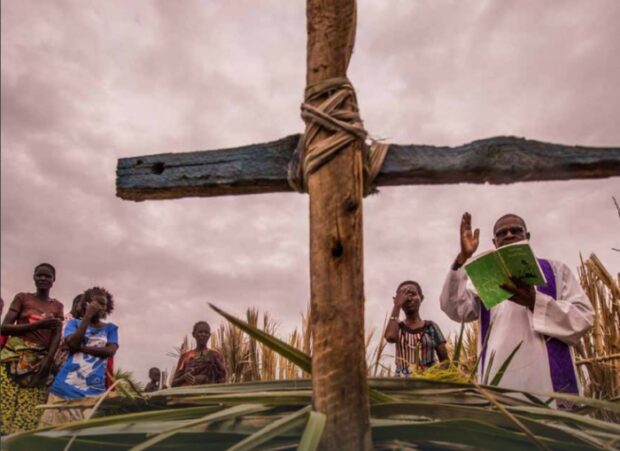 Numerically speaking, Christians are the most persecuted religious group in the world and a new report by Aid to the Church in Need (ACN), says things are getting worse.

The document, titled “Persecuted and Forgotten? A Report on Christians oppressed for their Faith 2020–22”, was presented last week on Red Wednesday, the annual day when ACN raises awareness of the plight of persecuted Christians.

The persecution comes in two forms. One is inflicted by Governments, and another is by local communities or organisations. Attacks vary from legal, to physical, to outright murder.

In almost all of the countries surveyed, levels of oppression have increased in the two years since the last report. Part of the problem, according to the ACN document, is a “cultural misperception in the West that continues to deny that Christians remain the most widely persecuted faith group.” Religious discrimination, which is widespread in many countries, is generally ignored.

For instance, Qatar is currently hosting the football World Cup and we have heard much criticism of their lack respect for women or minorities. But almost nothing is heard about the lack of religious freedom in that country.

The ACN report says: “Despite improvements, including removing some anti-Christian references in school text-books, there has been a sharp rise in reports of intolerance.”

Turning to Saudi Arabia, another country that has strong business connections with the Western world, it says, there are “ongoing bans on Christian places of worship and public display of crosses, Bibles, etc.”

Nigeria, the largest country in Africa, “teeters on the brink of becoming a failed state, with kidnappings, priests killed and deadly attacks on churches becoming increasingly regular”, says the report. This is due particularly to the presence of Jihadism in the region. Between January 2021 and June 2022, more than 7,600 Christians were killed in Nigeria.

If in Africa, oppression comes mostly from militant groups, often inspired by the jihadist ideology, in Asia it is often the State that restrains the freedom of Christians.

“In varying degrees, from tightening constraints in Vietnam to an almost total ban in North Korea, State authoritarianism restricts – or even strangulates – believers’ ability to worship freely in Asia”, the report comments.

Cardinal Zen’s arrest in Hong Kong is presented as a significant case. He was involved in an organisation that helps pro-democracy protesters. For this, the Cardinal has been unjustly accused of ‘colluding’ with foreign forces and threatening China’s national security. “In China and North Korea, totalitarian governments crush the faithful underfoot, monitoring their every move”, the document notes.

Christians are harassed in more countries that any other faith group. In the period covered by the report, October 2020 – September 2022, the situation has worsened in the 24 countries under scrutiny.

In the Middle East, the situation in territories that were under Daesh (ISIS) occupation has not improved since they were liberated. Iran is the only one of the seven Middle East countries reviewed that has seen some improvement.

ACN is active in Iraq with a comprehensive post-Daesh stabilisation programme that involves the rebuilding of Christian towns and villages, homes, schools, churches and other public facilities.

This is only one example of the many activities promoted by Aid to the Church in Need in support of Christians. They are present in 140 countries, particularly where believers are persecuted or oppressed. The Irish branch of ACN can be accessed here: https://www.acnireland.org