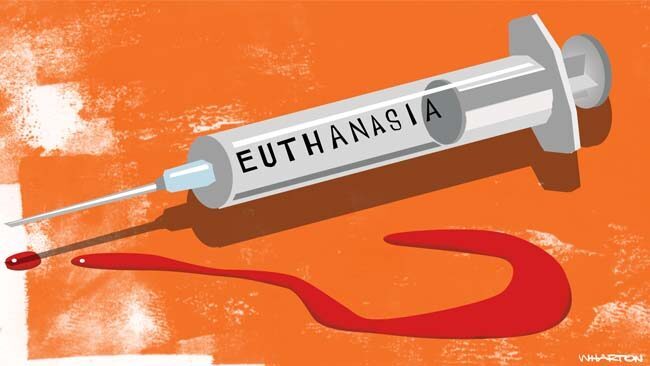 Last week, the Congregation for the Doctrine of Faith, published ‘The Good Samaritan’, a letter approved by the Pope decrying euthanasia. It is very timely from the point of view of the assisted suicide bill currently before the Dáil. Some form of it could be passed within the next 12-18 months.

The document describes euthanasia as “an intrinsically evil act, in every situation or circumstance”, as it directly causes the death of an innocent human being.

It says assisted suicide makes the act of suicide even worse by involving another person in it, namely the health workers and anyone else involved in the decision. This could include family members.

The document refers to legislators as well. It states: “Those who approve laws of euthanasia and assisted suicide … become accomplices of a grave sin that others will execute”. It reminds Catholic hospitals that they must never cooperate with assisted suicide or euthanasia.

It reaffirms that life is a fundamental good, necessary of every other good. “Just as we cannot make another person our slave, even if they ask to be, so we cannot directly choose to take the life of another, even if they request it.”

But the Church also makes clear that while you must never directly kill a patient, it is morally lawful to suspend futile treatments when death is imminent and those treatments would only extend the pain with no real benefit for the patient. But, even when futile treatments are suspended, the therapeutic care continues and the essential physiological functions have to be maintained.

Similarly, deep sedation in the terminal stage is morally licit, when the direct purpose is not kill the patient but to mitigate unbearable pain.

The Vatican letter presents three cultural obstacles that obscure the sacred value of every human life. First, the use of the misleading term “dignified death” as measured by a person’s “quality of life”. Second, a false understanding of compassion. Third, a growing individualism within personal relationships.

In contemporary culture, human life is no longer recognised as a value in itself but, instead, it is considered worthwhile only when it has an acceptable degree of quality. The presence of physical or psychological discomfort, according to this point of view, impoverishes the quality of life and makes it not worthy of continuation.

A false sense of compassion claims that it is better to die than to suffer but, the document states, “human compassion consists not in causing death, but in embracing the sick, in supporting them in their difficulties, in offering them affection, attention, and the means to alleviate the suffering”.

The third obstacle to appreciate the value of human life is individualism. Those who become dependent on others are not able to exercise perfect autonomy, so choosing one’s own death becomes the ultimate act of self-affirmation.

The document reminds readers that the doctor “is never a mere executor of the will of patients, but retains the right and obligation to withdraw from any course of action contrary to the moral good discerned by conscience”.

A significant portion of the letter is devoted to conscientious objection. “Laws exist, not to cause death, but to protect life. … It is therefore never morally lawful to collaborate with such immoral actions or to imply collusion in word, action or omission”. This is the case for individuals and also for institutions, such as hospitals or nursing homes. When conscientious objection is not legally recognized, “one may be confronted with the obligation to disobey human law”.

Catholic healthcare institutions cannot cooperate with gravely immoral laws. This also means “Institutional collaboration with other hospital systems is not morally permissible when it involves referrals for persons who request euthanasia”, as this would be a form of participation.

Episcopal conferences, local churches and Catholic institutions should “adopt a clear and unified position to safeguard the right of conscientious objection in regulatory contexts where euthanasia and suicide are sanctioned”.

The Vatican document also says that while chaplains are allowed to assist spiritually those who expressly wish to legally end their lives, they should avoid doing anything that could be interpreted as approval of such an act. If the patients are determined in their intent, they cannot be given absolution during Confession. This is intended not to condemn but to the lead the sinner to conversion.

This document deserves careful reading and urgent dissemination by the Irish Church.