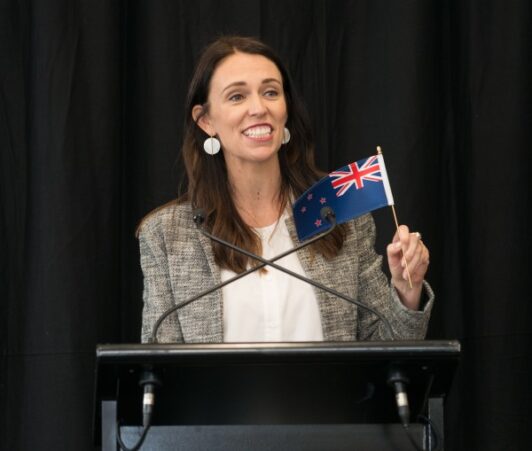 In 2020, New Zealand had great success in protecting its people from Covid-19, a naturally-caused infection, but in a seeming paradox it opened the door to euthanasia, and further liberalised its abortion law, both of which allow for the deliberate killing of human beings.

New Zealand was the first country to put euthanasia to a referendum and, in October 2020, a two-to-one majority of voters confirmed the End-of-Life Choice Act approved the previous year by the Parliament.

Now euthanasia is permitted for those who have a terminal illness and are expected to live no longer than six months. Very few countries in the world allow this.

The Abortion Legislation Act, which came into effect in March 2020, decriminalised abortion in New Zealand. It is one of the most extreme laws in the world.

It permits abortion for any reason up to 20 weeks (around 90pc take place before 12 weeks), and now terminations will also be permitted after 20-weeks gestation if it is “necessary to save the life of the woman or girl or to prevent serious permanent injury to her physical or mental health”.

This might seem a limitation, but in Britain almost all of its 200,000 abortions per annum are conducted on grounds like this. In practice, it is abortion-on-demand.

Pro-life groups say the new law amounts to late-term abortion-on-demand, as there is no limit to what might be deemed to cause permanent injury to the “mental health” of the mother.

The New Zealand legislators also refused to introduce an explicit ban on sex-selective abortion and there is no legal requirement to give pain relief to the foetus, even after 20 weeks. The same happened in Ireland when pro-life deputies introduced similar amendments.

In the previous legislation, a termination could only be performed by a doctor while now any qualified health practitioner can perform an abortion in New Zealand. The absence of a doctor increases the risk for the woman in case of a complication.

A recent article from University College Cork researchers highlighted that in Ireland conflicts have emerged within medical teams when a baby is born alive following a late-term abortion because it hadn’t been killed before delivery (‘feticide’).

To avoid such conflicts in New Zealand, the Minister of Health has stated in a document setting the “standards for abortion services” that “feticide should be part of the medical abortion process after 22 weeks. Should a woman not consent to feticide, the New Zealand Maternal Fetal Maternity Network considers the abortion should not go ahead, because induction of labour where there is the possibility of neonatal survival is not an abortion.” (p. 19)

This document, following the new legislation, makes feticide the obligatory method of abortion after 22 weeks so that no aborted baby has a chance to be born alive. This is the morbid logic of abortion: no one should survive.

What is happening in New Zealand shows that while a country can go to extraordinary lengths to protect its people from death by natural causes, it will also go to great lengths to facilitate the choice of killing the unborn, the old and the infirm by deliberate means.

To put it another way, death by natural causes is considered a greater evil than death-by-deliberate choice.