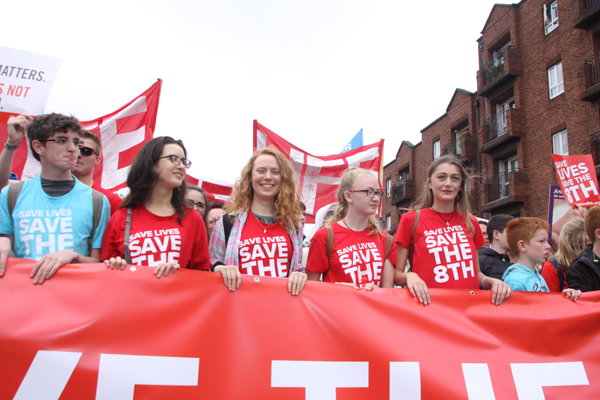 Pro-life rallies took place all over the country on Saturday urging the public and TDs to #RethinkAbortion.

Because of Covid-19 restrictions, 55 local rallies took place in lieu of a national pro-life march, but organisers said that the events were vitally important as a review of the 2018 legislation will take place this year.

“We were promised, voters were promised, that abortion would be ‘rare’ post-repeal, but for the second year in a row, we have seen a huge rise in the number of abortions carried out in contrast to when abortion was illegal in Ireland,” said Niamh Uí Bhriain of the Rally for Life Committee.

The rallies also highlighted that late-term abortions are taking place in Ireland, despite assurances that this would never happen.  Ms Uí Bhriain said that a recent study of abortion providers in Ireland showed that the procedure was so disturbing that one doctor described it as “stabbing the baby in the heart”.

Activists also pointed to the recent case in the National Maternity Hospital where a baby was aborted after a misdiagnosis as evidence that steps needed to be taken to ensure parents were not pressured into having an abortion.