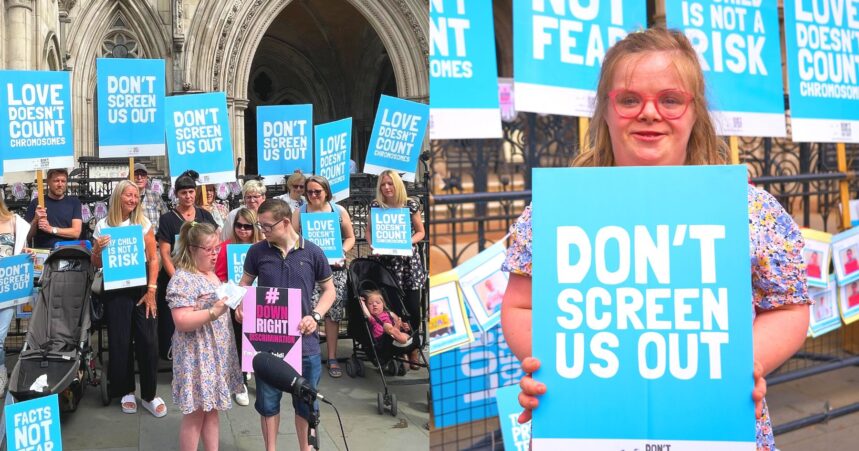 The UK’s Court of Appeal has rejected a landmark case against the UK Government which says that the law allowing abortion up to birth for Down’s Syndrome is discriminatory.

Heidi Crowter, the 24 year old woman with Down’s Syndrome behind the case is now considering seeking permission for it to be taken onto the Supreme Court.

A large group of people with Down’s syndrome and their families had rallied outside the Court today in support of the appeal.

“Rather than affirming the equal value of those with disabilities, it further adds to the stigmatisation they suffer. This is for the simple reason that the court concluded that the perceptions of people with disabilities about a law which allows the ending of a life because of disability are irrelevant. Yet the law protects the unborn without disabilities, leading to the understandable perception that disabled lives are of lesser value or no value at all”, he said.