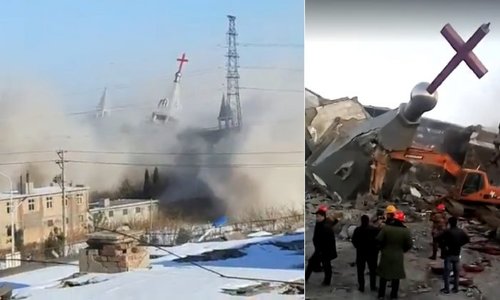 China’s Communist government is aggressively consolidating dominance over its tens of millions of Christians, according to a leading religious freedom expert.

The director of the Hudson Institute’s Center for Religious Freedom, Nina Shea, says the moves should trouble all China observers, whether Christian or not.

Writing in National Review, she says these churches have constituted the largest nationwide movement with a culture and belief system distinct from that of the Chinese state. “Courageous doctors, lawyers, scientists, and journalists dissent, but they can do so only individually or in small groups outside any national institutional support. Since the 1980s, the church — Protestants and Catholics, open and underground — had survived with more ideological independence than any other civil-society organization in China”.

She added: “Christians have long been persecuted and restricted, but the current comprehensive push to meld churches with the CCP, under penalty of eradication, threatens to be devastating to the faith. It signals the advance of totalitarianism, just as China is rising as a world power”.