Boylan calls for defunding of Catholic schools and hospitals 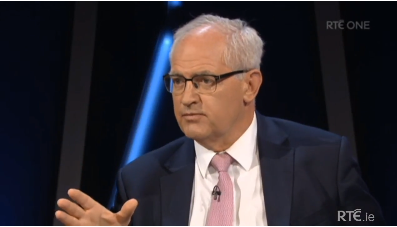 There has been a call for ceasing State-funding of Catholic institutions in education and health-care.

Writing in the Irish Times, Dr Peter Boylan, the former master of the National Maternity Hospital said the Catholic Church “is fully entitled to provide health and education, but if it wants a ‘parallel and alternative option’ to that of the State, delivered according to its ethos, it should not be funded by the State”.

“We have started a debate in this country about assisted dying, but Catholic teaching holds that this would be intentional taking of life and never permissible. Should a future dying with dignity Act be passed, Catholic hospitals will opt out precisely as they do today on abortion, IVF and contraception”, he wrote.

He added: “As we debate these issues and plan for the future, we need to understand that the expanding Catholic healthcare system in Ireland will never provide treatment forbidden by the church even if it is legal in the State. Pupils in Catholic schools will be left in no doubt of the church’s opposition to same-sex marriage or abortion, despite both being legal”.

Dr Boylan did not address whether the resulting shortfall in funding should result in the schools and hospitals closing down or being taken over – in effect “nationalised” – by the State.