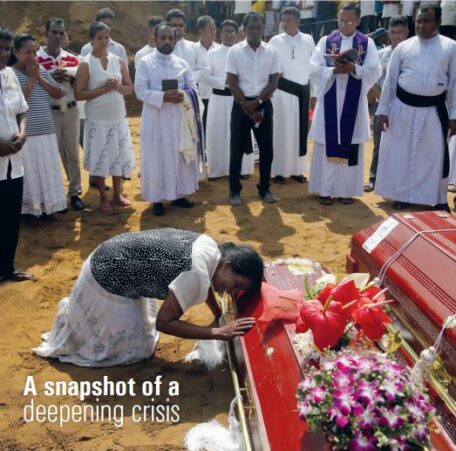 A Catholic priest and at least six others were killed by gunmen in an attack on St. Paul’s Catholic Church in Benue State, Nigeria, the Diocese of Katsina-Ala confirmed Wednesday.

Fr. Ferdinand Fanen Ngugban had just offered Mass in his parish church in eastern Nigeria and was preparing to leave for the Holy Week Chrism Mass when he was shot in the head by gunmen on March 30.

According to a statement by Fr. Fidelis Phelle Akjmbul, chancellor of the Diocese of Katsina-Ala, there was pandemonium among the people who took refuge in the parish premises.

“Fr Ferdinand went out to find out the cause of the confusion. He was shot in the head as he tried to take cover after sighting armed gunmen.”

The unidentified gunmen also raided the local village and set many houses on fire, according to multiple media reports.