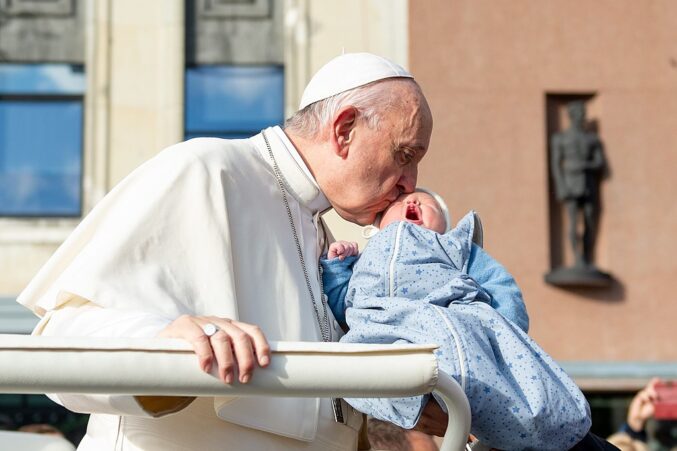 The steady decline of birthrates across Europe and the West are signs of a new form of poverty that deprives humanity of a future, Pope Francis said. Births all across Europe, including Ireland, are well below replacement level.

Families unable to have children and young people who struggle with having a family due to economic hardship or the allure of “mediocre substitutes” risk turning the “beauty of a family full of children” into a “utopia, a dream that is difficult to fulfill,” the pope said in a message to participants of a conference on low birthrates in Italy.

“This is a new poverty that scares me,” he said. “It is the generative poverty of those who discount the desire for happiness in their hearts, of those who resign themselves to watering down their greatest aspirations, of those who are content with little and stop hoping for something great.”

According to the national statistics agency, ISTAT, Italy’s birthrate hit an all-time low with 399,431 births in 2021 compared to 404,892 in 2020. Italy, Malta, Spain, Greece and Luxembourg have the lowest fertility rates in Europe.