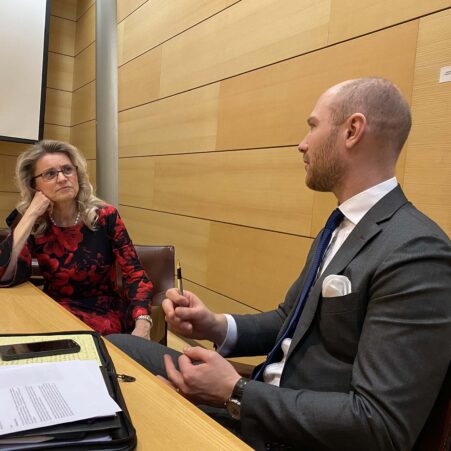 A Finnish court has upheld the right to free speech of Christians quoting scripture-based beliefs by dismissing all charges against Finnish MP Päivi Räsänen and Bishop Juhana Pohjola.

In a unanimous ruling the court concluded that “it is not for the district court to interpret biblical concepts”. The prosecution was ordered to pay more than 60,000 EUR in legal costs and has seven days to appeal the ruling.

The former Minister of the Interior had been charged with “hate speech” for sharing her faith-based views on marriage, sexual ethics and homosexuality, in a 2019 tweet, a 2019 radio debate, and a 2004 pamphlet. The bishop faced charges for publishing Räsänen’s pamphlet for his congregation over 17 years ago. Their case has garnered global media attention this year, as human rights experts voiced concern over the threat this case posed to free speech in Finland.

“I am so grateful the court recognized the threat to free speech and ruled in our favour. I feel a weight has been lifted off my shoulders after being acquitted. Although I am grateful for having had this chance to stand up for freedom of speech, I hope that this ruling will help prevent others from having to go through the same ordeal,” said Päivi Räsänen after her victory.