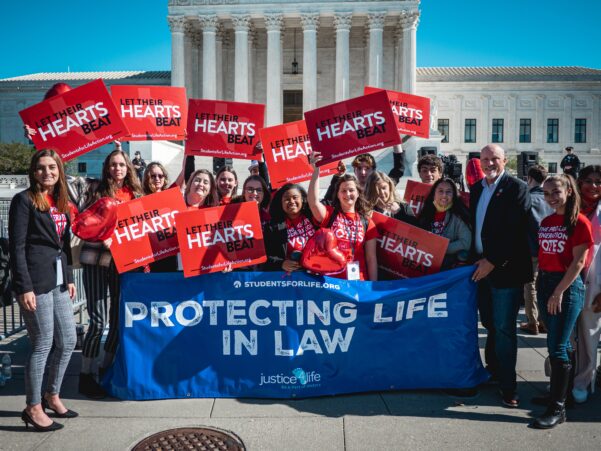 Tens of thousands of marchers filed past the U.S. Capitol on Friday as a public witness that the pro-life movement is continuing the fight against abortion after the overturning of the 1973 Roe v. Wade decision in June.

Jeanne Mancini, president of the March for Life, told the Register that the next steps are to continue advocacy at the federal level, but even more importantly at state level.

Mancini said that another element of the path forward for the pro-life movement is to “strengthen the safety net for women when they are facing an unexpected pregnancy.”

Supreme Knight Patrick Kelly of the Knights of Columbus said that the “day-to-day hard work of the pro-life movement occurs at pregnancy-resource centers and maternity homes in the states,” in order to accompany vulnerable moms and provide them with the resources to choose life. He said the work of the Knights of Columbus in “putting in ultrasounds into these pregnancy centers” is key and “has saved countless thousands of lives.” And he cited the Knights’ new initiative Aid and Support After Pregnancy (ASAP), formed in the wake of the Dobbs decision, as a means to intensify their efforts to partner with pregnancy-resource centers.