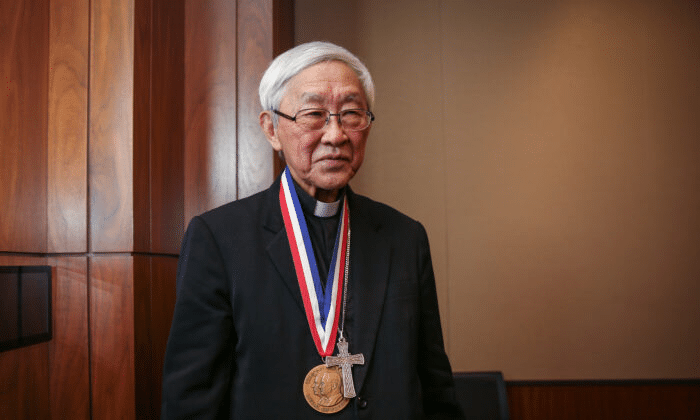 Cardinal Joseph Zen has been arrested by the authorities in Hong Kong, according to local media reports. He an outspoken critic of the Chinese Government.

The 90-year-old former Catholic bishop of Hong Kong is believed to have been detained in his role as a trustee of the 612 Humanitarian Relief Fund, which helped pro-democracy protesters to pay their legal fees.

Zen, who stood down as Hong Kong’s Catholic bishop in 2009, is a supporter of the pro-democracy movement in the territory.

In 2020, a sweeping National Security Law came into force, criminalising previously protected civil liberties under the headings of “sedition“ and “foreign collusion.”

Before the law’s implementation, many Catholics, including Zen, warned that it could be used to silence the Church in Hong Kong.

Soon after the news broke, Matteo Bruni, spokesman for the Vatican, said that “the Holy See has learned with concern the news of Cardinal Zen’s arrest and is following the development of the situation with extreme attention.”

The U.S. State Department condemned the arrest as the latest example that the city’s authorities “will pursue all means necessary to stifle dissent and undercut protected rights and freedoms.”