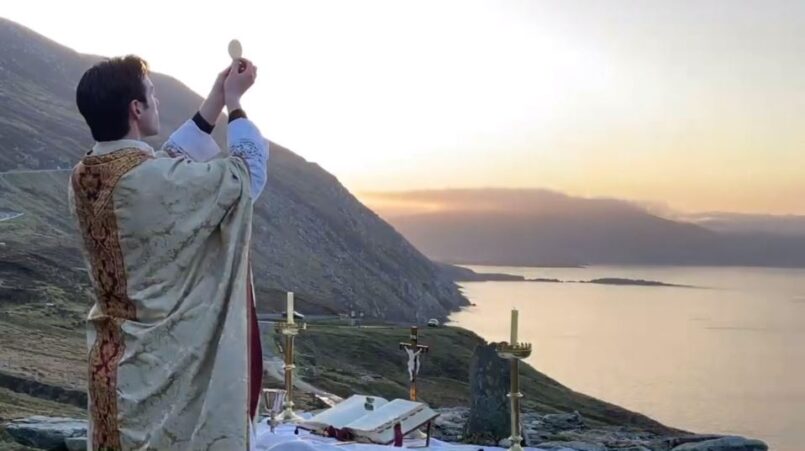 Businessman Declan Ganley has called on the Irish Bishops to “open their churches” in defiance of lockdown after his constitutional case against the State in relation to the right to worship was delayed yet again.

His legal challenge to the ban on public worship was originally taken in November of last year. Over the last seven months, it has been repeatedly put back by the Courts, and has yet to receive a full hearing of the evidence. At a preliminary hearing this morning, the case was again put back for mention until May 18th.

Though not directly referencing the delay, Ganley took to twitter to express his frustration, seeming to imply that legal methods of resisting the ban were not bearing fruit. “This will not be resolved through the courts in a reasonable timeframe”.

Instead, he said the Irish Catholic Bishops should “order their parishes to reopen from this Saturday forward for the holding of Covid mitigated public worship, with priests & stewards as well as the congregants all aware we face possible arrest & prosecution”.