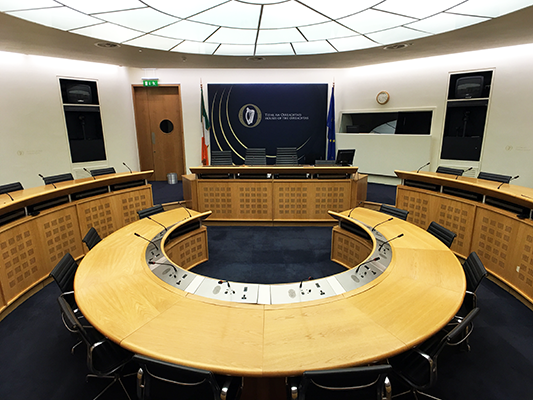 Numerous flaws in a proposal for abortion exclusion zones have been laid out by Gardai at an Oireachtas committee meeting on Wednesday.

Representatives from An Garda Síochána appeared before the Joint Health Committee as part of its pre-legislative scrutiny into a bill that would criminalise pro-life supporters for engaging in peaceful activities within one hundred metres of abortion-providing facilities.

Responding to the appearance, Pro Life Campaign spokesperson Eilís Mulroy said the Gardaí confirmed that there have been zero arrests, prosecutions, or otherwise arising from protests outside abortion facilities under current legislation.

“We can reasonably infer then that there has been no demonstrated cases of harassment or intimidation, which are already crimes under existing law. While there have been small displays opposing abortion, the insinuation that these ‘protests’ constitute a danger towards women is an unjustifiable smear”.

She added: “Issues were pinpointed about the impracticality of setting the hundred metre exclusion zones. Incredibly, it transpired that the first meeting between An Garda Síochána and the Department of Health only occurred last Monday, 31st October. The mounting problems related to enforceability point to the irresponsibility of allowing legislative proposals to be hijacked by ardent campaigners and ideologues”.