Honouring mothers and fathers on UN’s Global Day of Parents 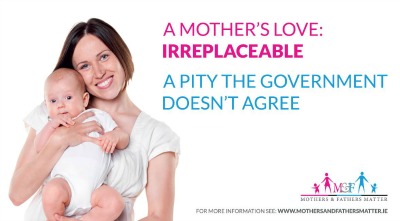 The importance of both mothers and fathers was celebrated by a European Federation of Catholic Family Associations on Monday to mark the UN Global Day of Parents.

FAFCE’s President, Vincenzo Bassi, said parents are those who take joyful responsibility in caring for their children, in a free gift of themselves. “This openness to life generates new vitality far beyond the family itself, benefitting the society at large”, he said, and added that the current crisis is highlighting to all the importance of the family as the centre of the society. “Let’s take the time, today, to honour fathers and mothers and to applaud them, recognising their fundamental role during the current pandemic”.

Bassi also said there was a certain irony in the UN’s celebration.

“Despite many declarations, family is often not considered as a priority, while the role of parents has been overshadowed by the so called new rights. These ‘new rights’, by affirming the right to have a child, neglect the right of every child to have a father and a mother”.

Two weeks ago, FAFCE warned of a shocking video showing 46 new-born babies via the practice of surrogacy in Ukraine: a small hint into the hidden reality of this lucrative business. “These babies were displaced there, as objects in the markets, waiting for their buyers to come and pick them up,” Bassi continued, highlighting that “there is no right to generate or to have a child, but only the responsibility to take care of his/her life for the common good. The community should help the parents to not feel alone, awarding them when they take on this responsibility as parents”.