Legal arguments have begun in a multi-state case against the Obama administration’s transgender toilet policy for schools. In a case led by Texas state Governor Ken Paxton, 13 states are asking a court to rule against the policy. The case opened before District Court judge Reed O’Connor in Forth Worth, Texas, on August 12, with Governor Paxton arguing that the administration was forcing “radical change” on America with the toilet policy.

Justice at last for Indian Christians

India’s Supreme Court has ordered authorities to reopen investigations into alleged perpetrators behind a major anti-Christian pogrom in 2008. Ruling that the original acquittals “were not justified”, the court ordered a re-examination of some 827 cases linked to the outbreak of violence which saw 100 Christians killed in addition to the destruction of hundreds of churches and 6,000 homes belonging to Christians in the state of Orissa (now renamed Odisha). The court further ruled that compensation paid to Christian victims had been woefully inadequate and ordered increased payments to families of those killed in the pogrom.

The rate of religious freedom violations around the world is growing, according to the US State Department’s annual report for 2015. Unveiling the document, David Saperstein, US Ambassdor-at-Large for Religious Freedom said that the use of blasphemy laws was one major factor affecting religious communities. “More than one in 10 [countries] have laws or policies penalising apostasy, and the existence of these laws has been used by governments in too many cases to intimidate [and] repress religious minorities, and governments have too often failed to take appropriate steps to prevent societal violence sparked by accusations of blasphemy and apostasy,” he said. The report also includes the ongoing abuse committed by non-state actors such as so-called Islamic State in the growing persecution of religious minorities.
Read more...

Christians in America hear little about current social issues in church, a new poll has found. Conducted by the Pew Research Centre, the study surveyed some 4,000 churchgoers across Christian denominations and found that just 40% heard their priest or pastor mention religious freedom, 39% heard about issues like same-sex marriage, and just 29% heard any mention of abortion. The findings of the survey were constant across denominations, including for White Evangelicals, Black Protestants, and Roman Catholics. The findings suggest that clergy are reluctant to invite controversy by discussing sensitive social issues from the pulpit.
Read more...

Christian refugees in Germany are forced to hide their Bibles amid daily threats from Muslim refugees, it has been revealed. According to the Daily Express, refugees at a holding centre for migrants near the city of Schloß Holte-Stukenbrock have been warned that if Bibles are found they will be torn up by Muslims sharing the centre. The report comes after an earlier incident in which a number of Iranian refugees had to be rehoused at another location when they were threatened after refusing to abandon their Christian faith. Pastor Mahin Mousapour of the Persian Father House community in Frankfurt, is quoted as stating that Muslims in the camp regard their fellow Christian migrants as “unclean” and “more impure than dogs”.
Read more... 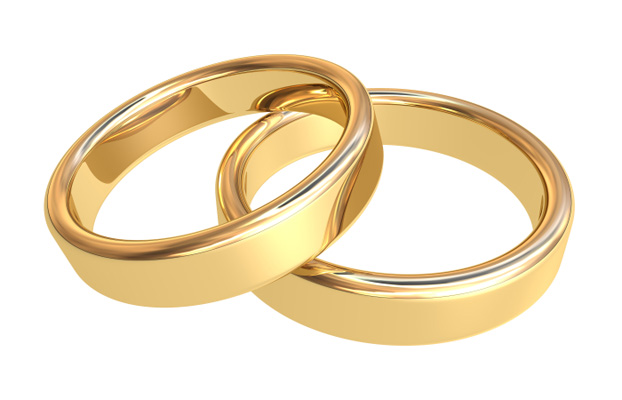 Marriage gap between rich and poor exists across Europe

A new study shows that a ‘marriage gap’ between upper and lower income groups exists across Europe and is worst in Scandinavia. A recent Iona Institute report shows that a large marriage gap also exists in Ireland. Compiled by the Marriage Foundation, the new study revealed that in Norway, Sweden, Finland and Denmark an average of 30% of low income parents are married compared to the continental average of 43%. Mediterranean countries showed higher rates, with an average 53% of low income parents being married. In contrast, 75% of high income Scandinavians are married while the figure in Mediterranean countries is 87%. Harry Benson of Marriage Foundation said: “This research shows for the first time that the problem of the marriage gap – where the wealthy perpetuate their wealth and advantage by getting married, while the poorest suffer greater instability by not – is manifest across Europe.”

Thousands of people have marched in Colombia against plans to introduce gender ideology programmes in schools. Protestors called for the resignation of Education Minister Gina Parody, who earlier ordered schools to amend student manuals to better accommodate gay and transgender students. In addition, in recent weeks the nation’s Constitutional Court has ruled twice that transgender students in two schools must be allowed to wear the clothing of their preferred gender. The nationwide protests were organised by the Standard Bearers of the Family group which was backed in its action by the country’s Catholic bishops as well as Evangelical leaders. “We reject the implementation of gender ideology in the education system in Colombia, because it is a destructive ideology, it destroys the human person,” said the Cardinal Archbishop of Bogotá, Rubén Salazar Gómez.

The One More Day group which supports parents who receive a difficult pre-natal prognosis for their baby has welcomed the use of the term ‘life-limiting condition’ in new HSE guidelines for medical staff. Responding to the launch of ‘Standards for Bereavement Care Following Pregnancy Loss and Perinatal Death’, Jennifer Kehoe of One More Day said: “We welcome the launch of the new guidelines today and the holistic and humane approach to care that is evident in them. It is appropriate that the guidelines use the term ‘life-limiting condition’ when describing situations where a baby is given a poor prenatal diagnosis rather than terms that devalue and undermine babies in these situations.” Ms Kehoe further welcomed the fact that the new guidelines also draw attention to research showing that women who opt for termination of pregnancy, for whatever reason, “experience more intense emotional distress” in both the short and long term.

A women’s rights group has filed a complaint with the United Nations after it was revealed that forced abortions still continue as a practice despite the end of the One-Child Policy.  According to Women’s Rights Without Frontiers, under the official new Two-Child Policy, Family Planning Police continue to screen women of child-bearing age for pregnancy four times a year. It is still illegal for single women to have babies in China, and for couples to have three children.  It appears that some may be given an opportunity to pay a fine, but if a woman is illegally pregnant and cannot pay the fine – which can be as much as ten times her annual salary – she is forced to abort. Reggie Littlejohn, President of Women’s Rights Without Frontiers said: “Sending out the message that China has ‘abandoned’ its one-child policy is detrimental to sincere efforts to stop forced abortion and gendercide in China, because this message implies that the one-child policy is no longer a problem.”

American College of Paediatricians calls for end to transgender ‘normalisation

The American College of Paediatricians (ACP) has called for an end to the normalising of transgenderism (gender dysphoria), arguing that it is leading to the “criminal” harming of children. In a statement, the College points to the risks posed by intrusive medical intervention, criticising the prevalence of these treatments despite lack of scientific and medical evidence, while research shows that the majority of dysphoria cases resolve themselves.The ACPs Dr Michelle Cretella says: “We live at a time in which social agendas often bias the results of research and lead to the development of false medical standards. Those who honourably speak out against this are chastised. Young children are being permanently sterilised and surgically maimed under the guise of treating a condition that would otherwise resolve in over 80% of them. This is criminal.”