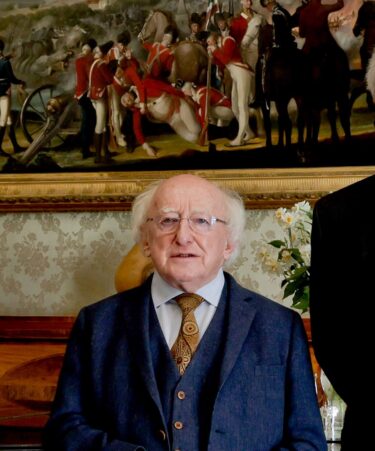 President Michael D Higgins has rejected claims that he linked the massacre of 40 people at a Catholic Church in Nigeria to climate change.

“The President’s comments with regard to climate change related to the plight of pastoral peoples in the region and the President made no link in his statement between climate change and the attack itself,” a spokesman for Mr Higgins told The Irish Times.

In his statement last week in the immediate aftermath of the attack, President Higgins expressed “deepest condolences” to the families of the dead and injured.

He added: “That such an attack was made in a place of worship is a source of particular condemnation, as is any attempt to scapegoat pastoral peoples who are among the foremost victims of the consequences of climate change. The neglect of food security issues in Africa, for so long has brought us to a point of crisis that is now having internal and regional effects based on struggles, ways of life themselves.”

He concluded: “The solidarity of us all, as peoples of the world, is owed to all those impacted not only by this horrible event but in the struggle by the most vulnerable on whom the consequences of climate change have been inflicted.”